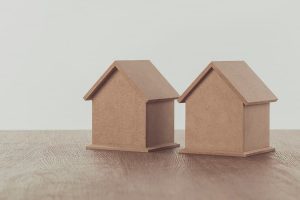 The UK property market will continue to be buoyed by the recent publication of Q2 statistics which show a strong mortgage market.

The Bank of England’s “Mortgage Lenders and Administrators Statistics”  show the amount lent in mortgages between April and June hit £89 billion, the highest point since 2007 and twice the value of 12 months ago.

2/3rds of mortgages were for people who planned to live in the property with a quarter of those first time buyers, an increase of 6.5 percentage points from a year earlier and 2.8 points higher than the start of the year.

The value of mortgages agreed for the coming months has more than doubled from a year ago, at £85.6 billion.

Overall, mortgages agreed for the coming months fell slightly, so we expect sales to back off from record highs. However, they remain significantly higher than a year earlier, so we don’t expect the market to fall silent.

Rock bottom mortgage rates, and the fact some people were able to save more money during lockdown, made the move add up for more prospective buyers.

Meanwhile the remortgage market has seen similar success. The “Q2 2021 Remortgage Healthcheck Index” from LMS measures sentiment around remortgage approvals which were up month on month, while the Homeowner Equity indicator and Borrower Sentiment indicator were up at all time highs.

“The remortgage market witnessed an overwhelmingly healthy Q2, with continued growth across all key indicators. This pushed the index into entirely positive territory for the first time since the pandemic began and marked its highest overall score since Q2 2013.

“The notable improvement in the Borrowing Costs Indicator score is promising. Despite a slight uptick in borrowing costs faced by lenders, two and five-year fixes have decreased in cost for a second consecutive quarter. This signals a positive outlook for the future, as it suggests that lenders are hesitant to increase costs to consumers, preferring instead to remain competitive by maintaining low rates.

“The second largest driver was an increase in the Home Owner Equity Indicator. This came as house prices continued to soar ahead of the stamp duty holiday deadline, incentivising borrowers to bring forward purchases. While we predict a marginal slowdown in the remaining quarters of this year with the SDLT tapering, house prices are set to remain high due to the extreme imbalance between supply and demand and increased affordability due to record low interest rates.

“Looking to the future, the only factors that are likely to disrupt the upwards trajectory of house prices are inflation and interest rate hikes, which have the potential to cause the market to turn. As long as interest rates remain low, demand will stay high. However, the market is vulnerable to hikes in the Bank of England’s bank rate. If this occurs sooner than expected, house prices could drop. Rising inflation poses an additional risk, if it forces the Bank of England to raise interest rates quickly in response. However, until supply is resolved, inflated house prices are set to remain, and we expect to see more borrowers opting to stay put in this environment, boosting remortgage activity and contributing to a healthy remortgage market for the next few months. “