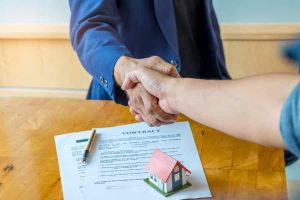 The 70,900 mortgage approvals for house purchases, a key indicator for future lending, represented a 4.4 per cent increase when compared with the already buoyant December figures and indicated the highest approval rate since February 2016, according to the Bank of England’s (BoE) Mortgage Lending figures for January 2020.

The annual growth rate for mortgage borrowing continues to rise and is growing by 3.4 per cent annually.

The BoE also stated that January’s figures are statistically higher than the average with current figures ‘taking the series above the very narrow range seen over past few years.’

However, net mortgage borrowing in January (£4 billion) is below the six month average of £4.3 billion.

“This is our first insight into the mortgage lending figures for January and it has to be said that it is a reassuring picture that reflects a boost in confidence since the general election.

“With Nationwide Building Society last week reporting that house price growth is at its highest for 18 months, we are looking at a more buoyant market generally.

“That being said there are a few factors that may well start to weigh heavy on confidence once again. Coronavirus is already having an effect on worldwide markets and, of course, we have the EU negotiations kicking off in earnest again this week. Add to that the impending budget and there is a lot for people to think about.

“Nonetheless, the general malaise the market has suffered since 2016 seems to be behind us for now so we have to be optimistic, the budget may well give us all a nice surprise.”