Mortgage approvals down but continue to exceed expectation 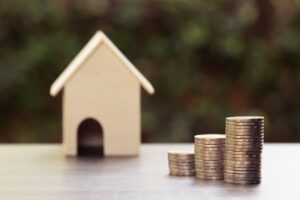 Latest mortgage approval figures released by the Bank of England show that 66,964 mortgages were approved in November of last year. While down slightly on the previous month, figures remain some way above the forecasted number of 65,400.

Consumer borrowing, excluding mortgages, however is up 0.4% in a year – the first positive annual growth since the onset of the pandemic.

Commenting on what the mortgage approval figures mean for the property market and the year ahead, some experts gave their views.

“The stamp duty holiday helped spur a huge flurry of homebuyer activity for much of 2021 and so a steady decline in mortgage approvals was always likely to materialise following the final September deadline.

However, this decline should be viewed as a return to pre-pandemic normality rather than a sign of dwindling health and the market continues to defy expectation and exceed industry forecasts where topline performance is concerned.

While this year is unlikely to bring the same frantic market conditions as the last, we don’t expect there to be a significant reduction in buyer demand and therefore any further notable decline in mortgage approval levels.”

“Having reached dizzying heights at the back end of 2020 through to the end of the stamp duty holiday in September of last year, mortgage approval levels have since reduced in the latter part of 2021, as the tidal wave of pent up buyer demand caused by prolonged periods of political and pandemic uncertainty have slowly subsided.

We now expect a far more settled landscape to emerge over the year ahead and while an increase in interest rates may have caused some buyers to pause for thought, those looking to borrow remain in a very favourable position to do so.”

“Mortgage borrowing recovered slightly from the drop in October after the end of the stamp duty holiday, but is well below the levels we saw when the stamp duty holiday was at its most generous. Mortgage rates hit a record low in November, but this will be the bottom, because banks reacted quickly when rates rose the following month. However, with base rates at just 0.25%, we don’t expect this to make a significant dent in demand.”