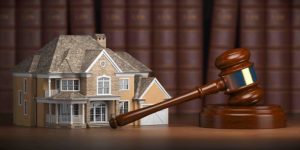 The 3% surcharge on additional dwellings has been lucrative for the Government since its introduction in 2016, with over £4.9 billion being claimed during this time.

However, an asbestos filled wreck of a bungalow bought as a buy-to-let investment by Paul and Nikki Bewley in January 2017 for £200,000 has opened up a potential loophole that is starting to save investors considerable amounts of money by circumventing the legal obligation of paying the surcharge.

The owners paid the normal rate of £1,500 in SDLT after they made the purchase in 2017. HM Revenue and Customs later claimed that the couple were liable to pay in excess of £7,500 in SDLT when the surcharge was applied.

Following a tribunal decision that found in favour of the owners and against HMRC, it has been established that the remit for claiming the surcharge depends on whether the property is immediately habitable upon completion.

The official Housing Act of 1957 dictates that a habitable property is one in which a functioning toilet, bathing and cooking facilities are available to the occupier.

In the case of the Bewley property, the asbestos filled dwelling lacking central heating made habitation dangerous.

This case will mean that a significant number of investors will benefit from the new boundaries regarding the surcharge which will be bitter sweet to HMRC as around half (£1.68 billion) of all SDLT revenue (£3.8 billion) was squeezed from additional dwellings in 2018.

“To provide more context to this particular case, the property that P N Bewley purchased was a bungalow and a plot of land in Western-super-Mare.

“The company’s intention was to demolish the bungalow and build a new dwelling on the land with planning permission already being granted. The bungalow was essentially a derelict building that had been unoccupied for around three years.

“The tribunal was provided with photographs of the derelict building and these demonstrated the heating system, radiators, floorboards and pipework had been removed, and that the property – both internally and externally – was in a very poor condition.

“It was also provided with reports from surveyors that concluded asbestos was present in the property and urgently needed removing.”

“This case highlights the importance of developers, estate agents and conveyancers fully understanding the condition of a property, and what potential benefits this offers to a purchaser.”

“It also highlights that developers and landlords who have potentially paid an inappropriate level of tax may be able seek to reclaim the same, if similar circumstances permit.

“It’s a real landmark case for UK property developers and landlords and adds an interesting new dynamic to the debate. We’re currently acting on behalf of a number of property developers and landlords to help them better understand the risks and opportunities, and we think many more will also be looking into these findings in much more detail. For some, it could be significant.”