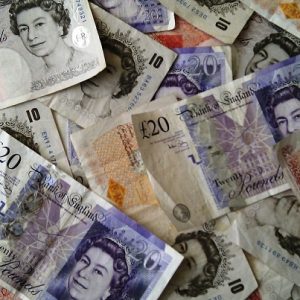 Due to conveyancing transactions usually being of high value as well as their ability to take place without raising suspicion, they are a favoured method of laundering money. The Solicitor’s Regulation Authority (SRA) have estimated that up to £57 billion is laundered within the UK on a yearly basis.  The firms who deal with these transactions are often the prime target of criminals, due to the large quantities of transactions dealt with simultaneously, as well as clients rarely being met face to face. Participation of a firm may range between innocent and complicit, measured on a sliding scale. According to the SRA, despite firms who fall victim to money laundering scams not being direct perpetrators, they are still labelled as “professional enablers”.

Below are the most frequently used methods of money laundering through a law firm, as identified by the Financial Action Taskforce (FATF):

Therefore, conveyancing firms must have rigorous checks in place in order to minimise any potential risk.

In an effort to improve the standard of precautionary measures and keep conveyancers up to date, the SRA published guidance in 2014 regarding money laundering within the legal profession. Summarised by Today’s Conveyancer here, the guidance complies with Money Laundering Regulations 2007, the Terrorism Act 2000 and the Proceeds of Crime Act 2002.

A follow-up report by the SRA in May of this year examined the money laundering protection measures of over 250 law firms. It indicated that on a general basis, the necessary system is in place in order to manage the risks.

Although the majority of firms showed a healthy level of compliance, the report found that some could increase the measures in place. Key areas for consideration included frequent checking of anti-money laundering (AML) systems, necessary cover for the Money Laundering Reporting Officer and making sure staff had received the appropriate training.

The Chief Executive of the SRA, Paul Philip did highlight the ongoing nature of AML risks and that it was important for firms to “remain vigilant and keep up to date.”

Despite the detailed level of guidance provided, solicitors’ levels of compliance may often falter in regards to preventing money laundering.

This can be seen in the recent case of Gavin Wilcock, a former sole practitioner who failed to “carry out money laundering checks or prevent his client bank accounts from being misused”. This in turn resulted hundreds of thousands of pounds being passed through his firm.

He had also “involved himself in transactions that bore the hallmarks of money laundering” according to the Solicitor’s Disciplinary Tribunal (SDT), one of which being a €400,000 transfer from an “unknown individual” to another in Russia.

No longer in possession of a practising certificate, the tribunal ruled that Mr Wilcock had “gone along with what his clients wanted, without regard to his professional obligations”.

Commenting on the nature of the profession and the suspicion that should have been raised, the SDT continued: “He had not intended any harm, but as an experienced solicitor he knew or should have known that he was becoming involved in unusual matters; he should have been at least suspicious enough to recognise that he ought fully to implement and act on the very well-known guidance which had been issued to the profession.”

To avoid involvement with money laundering the tribunal also highlighted it was “essential to ensure that one knew where money was coming from or going to”.

Failing to follow this practice, Mr Wilcock had instead “completely failed to carry out money laundering checks or prevent his client bank accounts from being misused” and had shown “a lack of integrity in his conduct, showing a blatant disregard for the professional rules over a period of about three and a half years”.

From 2007, Mr Wilcock had been the sole principal of Norfolk based firm Archer & Wilcock until its closure in March of 2015.

A report followed an investigation by the SRA in 2014, which identified 10 issues in the three previous years. Despite no underlying transactions having occurred, £477,600 had been paid into the firm’s account and £463,600 had come out.

Admitting to failing to act with integrity, Mr Wilcock also acknowledged diminishing the public trust placed in both him and the legal profession due to his behaviour. As a result, he had breached Solicitors Accounts Rules by permitting both the Euro and client accounts to be used in such a way. He further admitted that by making account transfers from the client account in absence of instruction, confirmation or authority, he had further breached account rules and diminished public trust.

Due to his failing to follow guidance laid out in the Money Laundering Warning Card as well as “involving himself in transactions which bore the hallmarks of money laundering”, the SDT stated he has failed to act with integrity and had diminished public trust.

They continued in mentioning his “failure to monitor ongoing business relationships”, failures in customer due diligence as well as retention of ID documents, breached the Money Laundering Regulations 2007.

Counsel went on to highlight the nature of Mr Wilcock’s confirming checks, acknowledging their informality: “…he accepted that he had let his standards slip as he had relied on his judgement of character rather than carrying out the required checks. In particular, he had relied on verbal confirmations rather than instructions confirmed in writing to make transfers, and had become too informal in dealing with clients for whom he had acted for many years.”

The tribunal did acknowledge the “four decades of unblemished professional conduct” Wilcock had undertaken when deciding his sanction. They stated however, that he should have been aware he was “becoming involved in unusual matters” given his experience as a solicitor.

“The conduct had continued over several years and there were a number of opportunities for the respondent to notice he was falling foul of the rules.

“He was aware of each of the transfers of transactions, and that he was not carrying out legal work in relation to the matters where money was being transferred.”

The SDT suspended Mr Wilcock for 12 months, despite him stating that he had retired. Conditions were however imposed, should he decide to return to practice at a later point. These prevented him from working as sole practitioner as well as a partner or member of an LLP, or as a COFA or COLP.

Conditions also was prohibited from holding client funds, being a signatory on a client account or working as a solicitor without SRA approval. Costs of £12,500 were also ordered to be paid by Mr Wilcock. 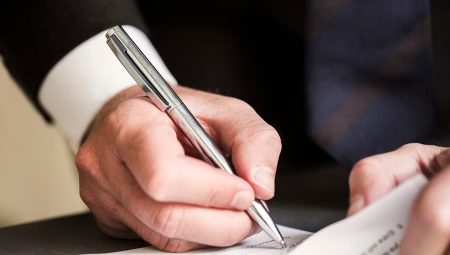