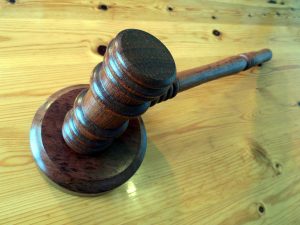 The Homeowners Alliance (HOA) has looked at the potential pitfalls of buying and selling by auction.

Commenting on the trend, HOA Chief Executive Paula Higgins said:  “It is good to have new ways to help homeowners buy and sell their properties. However, we are concerned that estate agents and online platforms are using the modern auction method to pull the wool over homeowners’ eyes and get commission up to 10 times what they would charge selling the traditional way.  There is nothing wrong in principle with the modern auction, but it needs better regulating to ensure it works for the benefit of homebuyers and sellers rather than against them.”

With the number of failing house sales on the rise, online ‘e-bay style’ auctions are being advertised as a quick way to sell a home.

Offering an alternative to the dreaded property chain, unlike traditional property auctions, ‘modern’ or ‘conditional auctions’ allow buyers to bid online, while still providing the time needed to sort mortgage finance. A reservation fee is paid to secure the deal, and both buyers and sellers face financial penalties if either side pulls out.

According to auction management provider IAM Sold, the first quarter of 2018 experienced a 35% increase in lots sold via this method compared to the same period in 2017. What’s more, 41% of buyers did so for their own occupation.

However, investigating the potential pitfalls, the HOA has raised issues around the reservation fees which are set by estate agents and auction platforms. With a lack of transparency or consistency across the board, there is usually a minimum reservation fee of at least £5,000 + VAT and this non-refundable cost does not form part of the final purchase price. As such, people who think they are getting a bargain are often stung by extra costs that they did not anticipate. The HOA also argues that there may also be other unexpected costs that need to be shouldered by the buyer.

Commenting on this issue, Mark Hayward, Chief Executive of the National Association of Estate Agents (NAEA) said: “A reservation fee needs to be transparent and while there is no limit, it would need to be ‘reasonable.”

The HOA also states that, because buyers have to pay upfront fees, they could factor this into their bid. As such, sellers could end up with lower offers than via the traditional route.

Through modern online auctions, agents stand to make more of a profit than they would selling on a traditional commission basis, with potentially less work. As such, the HOA has said that it is “concerned that estate agents are milking buyers for profit” and that “desperate sellers could be taken advantage of by unscrupulous estate agents who push them to auction”. You can read the HOA report in full here.

What do you think? Is the conditional auction fair to buyers and sellers?