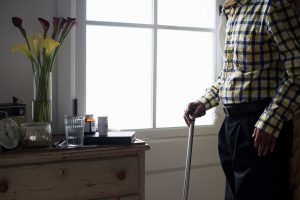 Association of British Insurers (ABI) warns the Government that millions of pensioners face selling their homes because they have not planned for future social care costs.

According to a new report conducted by ABI, nine in 10 retirees will be confronted with a monetary dilemma due to not preparing for later life when they may well need social care.

The challenges of an ageing population mean that more than a quarter could end up having to sell their homes or use their life savings to cover the costs of their care, which could result in little or no money to pass to their dependents.

ABI is now calling on the Government to urgently publish the social care green paper and consider measures to help resolve the social funding crisis.

Furthermore, ABI’s survey revealed that 51% of people see the state pension as the most likely source of funding to pay for their care, with only 17% saying insurance would pay.

Yvonne Braun, Director of Policy at the ABI, says:

“The social care system and how it is funded desperately needs an overhaul. People simply aren’t preparing to pay for their care costs and this needs to change. With only one in ten over-65s making provision to pay for care, the size of the financial time bomb is clear for everyone to see.

“A major public awareness campaign is essential if we are ever going to get more people making financial plans for care.”

ABI believes a widespread huge campaign is required to create awareness of social care funding in the public domain, along with incentivisation to encourage people to plan in advance for future costs.

The social green paper was supposed to be published last year but has been delayed numerous times.

The insurers said that incentives for social care should be targeted at those who have savings of more than the means test threshold (£23,250), but less than £200,000 – this group makes up approximately 37% of people in England aged over 50.

Consequently, ABI said that many of the next generation who need care will have to use their home’s wealth to pay for it, but long term pension savings can play an increasing part in helping covering costs.

The report reveals that incentivisation would work well and help people plan for the future and analyses five options for self-funding of social care which includes no income tax payable on pension income used to pay for care.

Other options include tax-free pension withdrawals if used to purchase an insurance product that covers care costs, and the introduction of a new Care Isa with no inheritance tax paid on residual amounts at death.

Since the current Government entered number 10 in 2010, public funding of social care has reduced by 3% in real terms. Conversely, the percentage of the population over the age of 65-years-old has increased by 19% during the same period.

Last year, new figures revealed that the number of older people in England and Wales without social care support had hit a record high as approximately 1.4 million people aged 65 or over have had needs unmet such as getting dressed, washed or out of bed, according to official statistics from AgeUK.

Damian Green MP put together a new report entitled ‘Fixing the Care Crisis’ which found that the current social care system is ‘financially and politically unsustainable, opaque and unfair,’ for the 5.3 million users over the age of 75-years.

With the number of over-75s set to double in the next 4 decades means that the current system urgently needs fast intervention and overhauling to guarantee everyone has a decent standard of care regardless of their personal situation and circumstances.

As a conveyancer, do you think ABI’s remaining two incentivisation property options would encourage people to plan for social care costs? Do you think these reforms would help the social care system?