Millennials make huge sacrifices to get on the property ladder 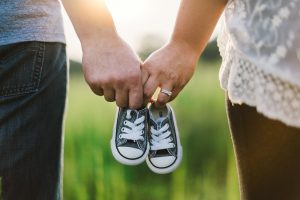 People aged 18 to 34 are putting plans for romance, children and leisure on the back burner in a bid to get on the property ladder. That’s according to mortgage broker Trussle.

A recent study of over 2,000 mortgage borrowers asked people about the compromises they have had to make to afford their own home. According to the findings, Millennials are having to make huge sacrifices, with one in five saying that they’ve had to move back in with their parents. That’s compared to just one in 20 of Generation X who are now aged 35 to 54.  Millennials are also 3.5 times as likely to sell their car to help raise the necessary funds.

In response, it seems that Millennials are now being priced out of the market with many no longer seeing home ownership as a priority.

The top three life goals for Millennials are now:

However, home ownership was the biggest life goal for both Generation X (36%) and Baby Boomers (42%).

Commenting on the findings, Ishaan Malhi, chief executive and founder of Trussle said: “It shows just how unaffordable it currently is for first-time buyers and there needs to be serious commitment to innovation to make home ownership more affordable and accessible to young people once again.

“Building new homes is not enough. We have seen new moves from the government to enable renters to build credit, which is a step in the right direction to help young people. However, the major sticking point is that mortgage products are outdated.”