Martin Cheek on money laundering, cybercrime and what estate agents need to do to help 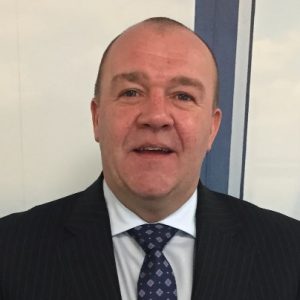 According to Martin Cheek of Smartsearch UK, estate agents are the biggest risk in the property buying process when it comes to money laundering, and that whilst conveyancers might be on the ball, their counterparts are far from on the ball.

The Smartsearch MD has been in anti-money laundering for years and recently spoke to Today’s Conveyancer’s Jane Common on what he thinks should be changing in the industry.

You’ve been in this business a while Martin?

“Yes, I’ve been selling electronic money laundering checks since March 2004, when solicitors, accountants and estate agents all became regulated under the money laundering legislation. In the early days the Law Society and Institute of Chartered Accountants said solicitors couldn’t use electronic verification and estate agents didn’t think they needed to comply – some still don’t. John Dobson and I formed SmartSearch in 2011 and we’re growing fast – we started off with individual searches, then added corporate searches and PEP screening and now we’re involved in on-going monitoring nationally and internationally for businesses and individuals. In all we’ve got a client base of about 1500 clients and 27000 individual users within those businesses.”

So you’ve seen the industry develop?

“Yes, I’ve seen the electronic verification market grow but the vast majority of firms still revert to the traditional methods – passports, driving licences and utility bills. In conveyancing in particular that’s crazy because all of the frauds that have been perpetrated in the sector have been through using forged passports.

“There’s case after case where criminals are making fraudulent mortgage transactions using false IDs and posing as another person. A fraudster can buy a passport that would fool most people for about $200 – then there are fake driving licences, bank statements with money coming in and going out and corresponding invoices. The fraudster might pretend to be the owner of an empty freehold property for example. So there’s a freehold property with no mortgage on it under the name of Mr Smith – the fraudster goes on the Land Registry site, buys the title deeds for £3 and, pretending to be Mr Smith, works through all the due diligence to sell the place i.e. driver’s licence, passport, utility bills and so on. He’ll say he’s based abroad and is looking for a quick sale with a reduced price so there are only external photographs –yes, it happens. Then, when the fraud is discovered, there’s no way of tracing the person as he or she didn’t exist in the first place.

“Another scam is account interception – a home buyer, about to complete on a property on a Friday, receives an email purportedly from their solicitor telling them to transfer the money into a different account. But of course the message is actually from a fraudster who has cloned the solicitor’s email. There’s no liability on the law firm because if the client was tricked into sending the money to a fake bank account – well, that’s their look-out. And the banks can’t help if the money’s impossible to trace – often it’s transferred to Dubai or Abu Dhabi and then on to China.

“So there are all kinds of different scams and they’re growing more intricate all the time. A new one is people moving into a rental property – then pretending to be the owners and selling it. They’re clever, these crimes, but terrifying too. That’s why electronic verification is so important. It’s very easy to get forged paper documents but very hard to create a forged identity on-line. And there are other advantages to electronic verification too – it’s less intrusive than asking a client to provide passports and driving licences.”

So there are always new threats around cybercrime?

“New threats and new legislation as well – what, in essence, the latest money laundering regulations do is pass the onus from the police to the conveyancing industry itself. So it’s a criminal offence for solicitors to get this wrong.”

Do you think enough conveyancers are on the case with money laundering?

“Yes, I do – conveyancing is one of the sectors where they are very much on the case. In 2007 there were fundamental changes to the money laundering regulations and the process moved from being a tick box operation to a risk-based approach. And because lawyers’ necks are on the line with this – they could potentially go to jail for 14 years – they belt and brace it. That’s good.

“Estate agencies are far more lax, however. I did a Freedom of Information request on the Office of Fair Trading before they relinquished control of estate agents and they sent me details of just under 7,000 estate agency firms that had registered with them for anti-money laundering purposes. That sounds okay until you realise that every firm has to register – and the National Association of Estate Agents claims to have 12,000 estate agency members. Again, with suspicious activity reports, legal firms submitted something like 33,000 in 2015– and estate agents only 3000 or so.

“It’s time for estate agencies to wake up and smell the coffee on this or they’ll land themselves in trouble. ‘We don’t have to do it – the solicitor does it,’ they say. But that’s not okay. This is absolutely their responsibility too.”

So solicitors need more support from estate agents on this – any other areas where they can look for help and guidance?

“Somebody needs to develop a platform where buyers and sellers can handle transactions in a completely secure environment – email is so easy to hack. Innovations like Lawyer Checker are useful for ensuring a law firm exists but we need to check the seller exists too. And I think the Land Registry should take some responsibility around this – let’s see what happens if it sells and ends up in commercial hands. There might be more investment in new technology.”

PEP screening is a big issue too isn’t it?

“Under the Fourth Money Laundering Directive, conveyancers now have to check whether clients are politically exposed persons (PEPs) so yes. The definition of a PEP is anyone who holds a prominent position with any government anywhere in the world. So in the UK that would cover all MPs and members of the House of Lords; all the senior members of the army, navy, judiciary and police force; close family of those individuals, so that’s their partners, children and parents (and step families); and close associates, so friends and family. The definition is fairly broad which is why conveyancers have to use a commercial agency to do those checks for them – we use Dow Jones. But the checks aren’t optional – they have to be done as part of a law firm’s legal obligations.

“Other issues have sprung from the Fourth Anti-Money Laundering Directive too. The UK government has elected to make a public register of beneficial owners or Persons of Significant Control (PSC) as they’re now calling them. A PSC is anybody who is entitled to more than 25% of the profits or proceeds from a trust or a company and lawyers need to do checks on them as well.

“Another big change in the fourth directive is that the government is looking to do away with suspicious activity (SARS) reports and develop another type of reporting instead – exactly what I don’t know.

“And we are potentially moving to having just one AML supervisor – at the moment there are 22 different supervisors around the country. But a report by Transparency International UK late last year that said out of the 27 regulators in the UK only one was fit for purpose. That was the FCA so even the HMRC and the SRA didn’t pass muster – apparently their IT wasn’t up to the job of AML compliance.”

What’s next for SmartSearch?

“Well, we are very strong in the professional regulator sector with solicitors and accountants as our main two client groups. Lawyers make up 38% of our overall revenue – we have 28% of the top 500 law firms as clients and 38% of the top 100 accountancy firms. I’m interested in moving into banking to develop transactional monitoring alongside that – flagging up unusual transactions and the like. And I’m keen to expand into international country risk assessments and credit and business growth reporting too.”

For more information on SmartSearch log on to www.smartsearchuk.com