Memories Locked Within Family Home Too Precious To Leave 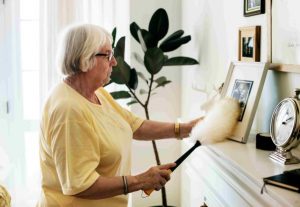 Whilst many people (20%) over 55-years-old fear that they are worse off than they had anticipated they would be at their particular stage in life, the majority (62%) have no interest in downsizing.

According to the Sunlife Home Sentiment Report, over half (55%) of the 1,000 respondents, all of which were over 50-years-old, are so enamoured with their family home and the memories locked within their walls that they can’t see themselves living anywhere else in their lifetime with 62% conceding that they would never downsize.

Although many respondents may have been lost in nostalgia, 25% of the respondents deemed their happiness within the family home as a perfect 10.

The report also looked into when people were at their happiest in their homes. With an average of 23 Christmases accrued in the family home, it was unsurprising that the majority of respondents valued this as the most precious time spent in the home, closely followed by family birthdays.

Simon Stanney, equity release service director at SunLife, said: “Our research shows that family homes hold a huge amount of happy memories. Most of our respondents have been in their homes for at least two decades, and in that time have celebrated hundreds of happy family occasions.

“And despite the fact that the over 55s are a property rich, cash poor generation, who could free up a lot of cash by downsizing, our research reveals that most cannot bear the thought of giving up their homes and with it, all the memories they had.

“On average, people over 55 have seen their homes increase in value by around £135,000, so for people over 55 who own their own home and are looking for a cash lump sum, unlocking some of the value in their homes via equity release rather than by moving, could offer the solution.”

With the average family experiencing 3 births, 23 Christmases and 83 birthdays, the fact that “too many memories” were lodged within the walls of the family home has meant that, for the majority, the financial discomfort they may experience in later life is less painful than giving up the family home shrouded in priceless memories.

Are these sentiments putting a strain on the availability of family housing stock in the UK? Is this one of the reasons for the huge increases in the popularity of equity release?