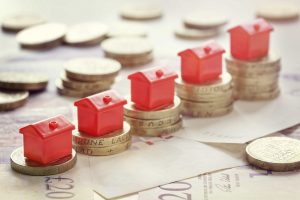 According to a recent report, carried out by the Association of Short Term Lenders (ASTL), short-term lenders are able to feel a certain level of optimism for the UK’s long-term economic future.

20% more respondents were confident about the UK economy moving forward when compared with the figures from 2017. In total 57% viewed the future of short-term lending optimistically in comparison to the 37% in 2017.

However 70% of respondents are preparing for property prices to decrease in 2019. As Brexit continues to cast a shadow on the economy, 29% of respondents were worried that this may cause the bridging market to shrink. This marks a considerable rise in anxiety compared with the 4% of respondent with similar feelings in 2017.

Whilst 75% of ASTL members expect their business to grow in 2019, this represents a decrease of 3% from a similar survey conducted in 2017.

Benson Hersch, CEO at the ASTL, said: “Set against an environment of so much uncertainty, the level of confidence shared by members of the ASTL is reassuring.

“This isn’t blind positivity as the survey reveals lenders are realistic in their expectations for house prices and the growth of the bridging market, but three quarters still expect their business volumes to grow in the next six months. This indicates that bridging lenders are well prepared for the environment ahead and are confident they have the right processes and personnel in place to ride out the storm and be well placed to benefit from future economic growth.

“Our latest data survey shows continued growth in the bridging sector, with the value of loans completed in 2018 up by nearly 15% on 2017, the value of applications growing by more than 13% and the value of outstanding loan books also higher than the previous year.

“These results show that, in an uncertain economic environment, our members are continuing to provide useful, flexible finance for a whole range of purposes, and they are doing so whilst maintaining a commitment to high standards of underwriting. This is very encouraging and indicates a sustainable sector that is built on robust foundations.”

What impact will a reduced bridging market have on conveyancers?