London a hotbed of tax avoidance for offshore firms 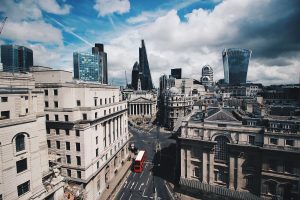 Newly released Land Registry data has revealed the overseas companies that own property in England and Wales, with a considerable ‘hotspot’ in London and interest from ‘tax haven’ organisations rife.

The analysis comes in the week an International Consortium of Investigative Journalists (ICIJ) report exposed the extent of major world figures and leaders using offshore tax havens to store and move their money in the so-called “Pandora Papers.”

Pure Property Finance analysed the dataset and found there are 95,878 addresses owned by foreign organisations. London dominates the list of the top ten most invested-in areas. However, two other major cities make an appearance:

The most popular location, The City of Westminster, has had double the number of purchases as the second, Kensington and Chelsea, which has also proved considerably more desirable than others on this list. This added demand from foreign investors has contributed to them becoming the most expensive areas to purchase property in the UK.

Financial districts and business have had an influence on investment locations too, with The City and Tower Hamlets both making the top ten list.

“Since we set up Pure in 2013, we have worked with clients across the UK and abroad to secure bespoke property finance that suits their specific project needs.

“In this time, we have definitely seen some ‘hotspots’ for investment, particularly in London and the South East, along the M4 corridor, as well as cities in the North West.

“Some of these areas are now becoming oversaturated and do not provide the opportunities they once did. However, others remain in high demand; high value locations will almost always hold their value and bring a solid long-term return on investment.”

According to the Land Registry data, the investing organisations are registered all around the world with the following countries most common:

The majority of these nations have British links. British Overseas Territories, self-governing dependencies of the UK, and former members of the British Empire all appear.

Many of these nations are renowned for their competitive tax systems, with the British Virgin Islands deemed one of the world’s most popular tax havens due to its absence of most major forms of taxation, such as capital gains or inheritance fees.

Other commonalities are seen in the wealth of the nations. Singapore and Luxembourg are some of the richest countries in the world and Hong Kong has the 6th highest number of billionaires in the world.

The strong transport links between the Netherlands and the UK also likely play a factor in demand from Dutch Netherlander investors.