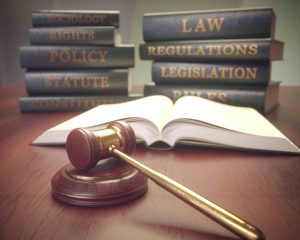 Following the 2018 Autumn Budget, the Government looked to shake up the relief offered to private residents and landlords concerning final period exemptions and lettings relief.

The clock is now ticking and those looking to take advantage of the current relief system only have until the end of this financial year to dispose of their properties before the new rules take effect on 6 April 2020.

Currently, on disposal of a main residence property, any capital gain made in both periods of full-time residence and ‘deemed’ occupation, where the owner was absent but treated as if they were in occupation, were relieved from CGT.

Owners were given an 18 month ‘deemed occupation’ period with which to dispose of their property before CGT is applied. Non-exempt periods are then time apportioned after the final exception date.

However, under new rules, the 18-month grace period is being reduced to just 9 months. Proposed changes will exclude those with disabilities or people in care who will continue to receive a 36-month exemption period for disposing of their main residence.

The Government claimed nine months was enough time to sell a property despite consultation responses overwhelmingly warning of the contrary; especially in such a volatile and unpredictable political landscape.

Those opposing the changes claim that shortening the exemption should take regional time frames into account as they may exceed 9 months.

The exemption also fails to consider social issues like separation arrangements and complex divorce considerations which may need to be settled before the home can even be placed on the market, limiting the time to sell.

Landlord investors are also set to become worse off from 6 April 2020 under the new rules.

Lettings relief currently allows a landlord letting out a property whilst not in occupation to claim up to a £40,000 reduction on CGT.

Under the new rules, Lettings relief will only apply to landlords living in shared occupation with a tenant. Relief accrued before the new rules come into force will also be lost.

Many remain anxious that the changes will have a significant impact on the private rental sector (PRS) with changes leading to another landlord exodus, reduced housing stock and increased rents.

“The final 18 months of ownership of a principle residence are currently treated as a “deemed” period of occupancy irrespective of whether the property is occupied by the owners as their main residence during that period.  This provides a CGT free period where an individual has not been able to sell their home before moving to a new main residence.

“This 18 month “deemed occupation” period is set to be reduced to 9 months in April 2020.  The government consider 9 months to be sufficient time for people to sell their homes “but not so long that they are able to accrue large amounts of relief on two properties simultaneously”.

“Whilst this may be correct in a strong property market, in the current market a sales period of well in excess of 9 months is not at all uncommon.

“People who struggle to sell their properties within 9 months of moving out face an increased CGT liability whereas their property is unlikely to have increased in value in that time.

“This reduction in the relief will hit (perhaps unfairly) those people who are forced to leave their homes due to a relocation, or to physical disabilities which mean their old home is no longer suitable.

“We would expect the April deadline to impact the buy to let sales market, with owners trying to push through sales in time.”

What impact will these changes have on the property market? Will they unfairly affect people forced to leave their primary residence?