Leaseholders continue to wait for “levelling-up” 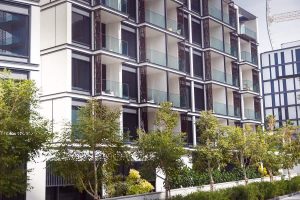 The lack of progress on leasehold reforms is leaving thousands of homeowners in a potentially costly waiting game and in danger of losing out.

The Government announced long-awaited reforms to ‘level up’ the leasehold system at the start of the year, including scrapping ground rents and ensuring leaseholders can extend effectively forever.

However, without a timetable for implementation homeowners who would have started leasehold enfranchisement proceedings to secure their home this year, are left in limbo as they wait for reform to be implemented – while all the time the clock is ticking on their lease.

Jonathan Frankel, litigation partner at Cavendish Legal Group, said the ongoing wait for detail from the Government on its planned reform and the lack of schedule, is having an impact on the market.

“The frustrating lack of progress on this issue is forcing many leaseholders into very difficult decisions and what we are seeing is two distinct groups emerging as a result.

“For landlords it may not be such a big issue as they’re likely to be generating income from their property and can probably afford to wait it out.

“But there are a lot of leaseholders who desperately want to start enfranchisement proceedings to secure the freehold, or seek a lease extension, on their property and they are now in a potentially very costly waiting game.

“These are people who ordinarily could have started down that route but are waiting for these reforms to kick in, so they’re not in the market right now.

“It’s like an extremely high stakes round of cards where leaseholders are being left to gamble on whether they should stick or twist; either wait for the reforms to be implemented or act now.

“It is a desperate position to be in, particularly for leaseholders who need to sell up this year or whose leasehold has only a limited number of years left to run.”

Frankel said that the Government needs to make housing a priority, especially as the country recovers from the economic shock of the pandemic and the damage that has been done to jobs and income.