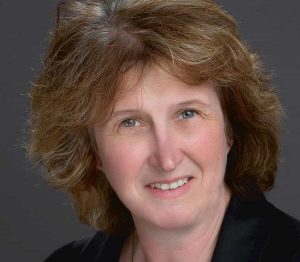 The Leasehold Group of Companies has welcomed the publication of three long-awaited reports by the Law Commission today (21 July 2020), and says it is keen to spend time closely scrutinising the potential benefits of the detailed recommendations.

The report on enfranchisement proposes a number of welcome reforms including a new right for leaseholders of both houses and flats to extend their lease for a term of 990 years, replacing the right to shorter extensions of 90 or 50 years, whilst removing the freeholders’ right to collect ground rent.

The report on the Right to Manage (RTM) sets out recommendations to reduce the costs of making a RTM claim, including removing the requirement for leaseholders to pay the freeholder’s Tribunal costs, and relaxing the qualifying criteria so that RTM can be claimed on leasehold houses, and self-contained parts of buildings which do not meet the current qualifying criteria. The report also recommends that leaseholders should be able to buy the freehold of premises where up to 50% of the building is commercial space, which would be a welcome move as the current limit of 25% has blocked many leaseholders from pursuing enfranchisement in the past.

The report on reinvigorating commonhold sets out recommendations to make it simpler for leaseholders to convert their ownership to commonhold, including removing the requirement for the unanimous agreement of leaseholders to participate in the process. The report also recommends changes to provide developers with the flexibility they need to build new commonhold developments. The recommendations provide for a simpler, more cost-effective procedure for converting to commonhold, with the hope that commonhold ownership will become the preferred method of ownership for ownership of properties in communal buildings.

Crucially, the report acknowledges that without Government intervention, commonhold cannot compete with leasehold, as developers and freeholders can make more money from the current leasehold system.

“The Law Commission has done an extremely thorough job of gathering the views of thousands of stakeholders and setting out a comprehensive range of possible options to reform leasehold enfranchisement and commonhold ownership and iron out some of the oddities and contradictions in the current legislation. It is very encouraging that The Law Commission has also acknowledged the ‘wide range of problems with leasehold law’ in its current form.

“The Leasehold Group has been fighting for reform of the leasehold system for nearly 20 years, and we welcome the publication of these long-awaited reports which aim to address leasehold’s inherent inequalities and give control back to leaseholders. The reports are long, detailed documents and we will now evaluate the recommendations the Law Commission has proposed, before giving our view on which options would provide the greatest benefit to the leaseholders we advise.”

The reports are the conclusion of the Law Commission’s investigation into unfair terms in residential leasehold, which it undertook as part of its 13th Programme of Law Reform launched in December 2017.

The three reports follow on from the Law Commission’s report on valuation in enfranchisement in January this year, which set out the options available to reduce the price payable by leaseholders looking to extend their lease or purchase the freehold of their property.

“At the start of this review process, the Government promised to make the enfranchisement process easier, cheaper and quicker for leaseholders and to improve their rights to buy the freehold or extend their lease. In the long run, reform of the leasehold system will lead to a fairer property market, as the current system effectively creates a two-tier market.

“The Law Commission has set out a bold range of recommendations that could significantly reform the enfranchisement regime and make commonhold a viable alternative to leasehold ownership, but it is ultimately up to the Government to decide which recommendations, if any, will become law.”

The Law Commission’s reports can be downloaded here.