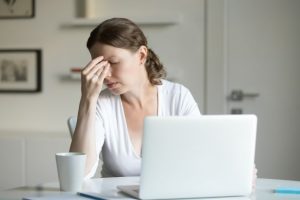 The average leaseholder is now paying £319 in ground rent costs every year and have experienced an above inflation rate annual average rise of 5%.

According to the NAEA Propertymark’s ‘Leasehold Report’, leaseholders are now paying in excess of £447 million in ground rents.

Whilst ground rent contracts usually rise every decade, 10% of the 1,000 people surveyed have experienced an increase in their ground rents at an average rate of every seven years.

For over a third of respondents (36%), these significant increases that are rising above the rate of inflation are starting to price them out of their own properties with many claiming they would need to leave if their rents rise in the future.

Furthermore, 6% claim that they cannot afford to continue living in their property because of the ground rents they are already being charged.

10% of respondents claimed that excessive ground rents and unreasonable fees are seriously affecting their quality of life.

The report delves into the fees that some freeholders are charging homeowners to make internal and external alterations to their own home.

When buying their leasehold property, 75% were unaware that the freeholder could charge a fee for any alterations that are made.

Over 10% of respondents were charged a fee for altering their home; even if these alternations were merely minimal cosmetic changes. On average, leaseholders were charged £527 for making basic cosmetic changes like adding new blinds and £689 for changing their flooring; costs which could amount to the majority of the work intended to be carried out in the first place.

Again, when it came to larger construction projects, like extending the property or making structural changes, leaseholders were charged £1,597 and £1,322 respectively.

Even internal work, like adding new bathroom units, would cost a fee of £1,472 to the freeholder.

Fortunately, the Competition and Markets Authority (CMA) has officially launched its investigation into the leasehold market.

The investigation will determine whether these onerous leasehold features can be considered ‘unfair terms’ as legally defined.

In the coming weeks, developers, lenders and freeholders will be contacted by the CMA. They will be asked to share information about the leasehold sales process, including the terms the contracts contain.

The CMA will also seek information on the impact leasehold property is having on leaseholders. Wherever the investigation finds unfair and onerous terms embedded within contracts or information has been mis-leading to the consumer, enforcement action could be taken.

If you are unsure about your ground rent and whether it increases, please get in touch with us at LEASE. We can review the lease and establish if there is an escalating ground rent and whether your freeholder is a signatory to the pledge unveiled by the Communities Secretary, James Brokenshire MP, on 28th March, to assist existing leaseholders trapped in onerous deals.”

“Buying a home is one of the biggest financial and emotional investments we make in our lifetime, and once we’ve completed and moved in, we should be able to enjoy the property. But unfortunately for those buying leasehold houses, the financial burdens continue with ground rent payments to the freehold every year. Even though many leasehold contracts include a ‘ten-year ground-rent freeze’, most developers sell the freehold onto a third party within a few years of completion and those terms go out the window, meaning homeowners are faced with unexpected and escalating costs.

It’s positive to see action being taken, with the recent announcement that the CMA will be investigating the mis-selling of leasehold properties, as for too long, housebuilders and developers have not been transparent enough about what it actually means to buy a leasehold property. Buying a property is a huge undertaking and it should be an exciting time, but for thousands of homeowners, it’s led to financial difficulty as they’ve become trapped in confusing contracts with freeholders.”

Based on the average fees charged for fairly simple cosmetic changes that were found in the report, enforcement opportunities could be found around every cosmetically altered and fee charged corner.