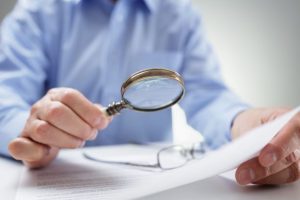 A London lawyer, whose clients were linked to the Panama Paper scandal, has been fined by the Solicitors Disciplinary Tribunal (SDT).

The tribunal representative claimed that Sharif “failed to take any or any adequate steps to ascertain from publicly available information” and that the fine was an “appropriate and proportionate sanction in all the circumstances.”

Although the Tribunal has not identified the clients associated with the case, reports have claimed that they were related to the president of Azerbaijan. Under the current rules and legislation concerning money laundering, any person connected with senior political officials should be considered as a politically exposed person and simple due diligence should have ensured that this protocol was followed.

In actual fact, Sharif failed to make the necessary associations between the president of Azerbaijan and his daughters, whom he was instructed by to complete two property purchases.

Sharif was instructed to complete the purchase of two flats in London’s exclusive Knightsbridge region for a combined total of £60 million. Although contracts were exchanged in 2015, the deal failed. Again, when completing the source of funds for the reported £14 million worth of deposits, the PEP status was still not recognised by the lawyer.

It has been alleged that the clients were also the owners of a British Virgin Islands company that was set up by Mossack Fonseca, the law firm from which sensitive information was stolen during the Panama Paper data breach. The list of failures to ascertain the PEP credentials of the clients has culminated in the conclusive verdict from the Tribunal.

The case findings and sanctions highlighted the fact that: “Between February 2015 and April 2016, he failed to take any or any adequate steps to ascertain, from publicly available information or at all, at the time of acting for them, whether the X clients were: (a) politically exposed persons, pursuant to Regulation 14 of The Money Laundering Regulations 2007.

“Further, he was the MRLO at the firm. This should have heightened his sense of obligations, and his awareness of the risks. He was directly in control of the circumstances and was a senior solicitor. Given the nature of the misconduct and the respondent’s admitted failures, the Tribunal assessed his culpability as high.”

Does the extent of the fine reflect the failure to complete important due diligence? Is there enough help, support and guidance for legal professionals concerning their obligations on money laundering issues?