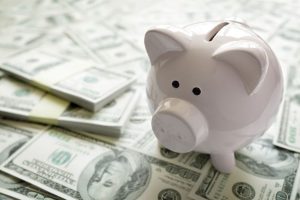 Following the announcement from the Legal Ombudsmen (LeO), that there would be a 20% rise in the budget, increasing it from £12.3 million to £14.8 million, the Bar Council has launched an ‘outspoken attack’.

The LeO has stated that the increase in budget in the next financial year will “radically” improve the time to deal with complaints and “eliminate all unnecessary waiting time”.  The Office for Legal Complaints (OLC) who supervises the LeO, stated that they had “historically worked hard to reduce costs” and that by increasing case closures it would “improve customer journey times radically.”

The increase in budget would allow for extra staff to “significantly” increase case closures, invest in “feedback to the profession”, IT costs and inflation.

“Performance has been getting better over the past year and we will be able to reduce waiting times by two-thirds by March 2020.

“We are now working at maximum efficiency for the staff we currently have, and so to go beyond this we will need to increase our operational staff.

“Our proposed budget increase of £2.4m next year reflects this, as well as our commitment to increase our learning and feedback work for the sector.”

Following a consultation on its draft strategy and business plan for 2020-2023, the Law Society has also opposed the increase stating that the LeO had not provided “credible evidence” for the increase and that there had been a £900,000 underspend by the LeO over the last two years.

“Bearing in mind that LeO underwent a successful IT modernisation program very recently we are not clear why further significant investment is required.

“The proposed increase in the budget of 20% is substantial, and the OLC has provided no indication of how many additional staff are required or how they will be deployed.

“It would also help to know whether the proposed recruitment is intended to be permanent or temporary staff. Self-evidently, if the former, we would question whether this does not risk future redundancies when the caseload is back under control.”

The Law Society said that due to the “stripping back” of Legal Aid firms were already struggling and any increase was likely to impact on PC fees at a time where there is “little appetite in the profession for any such measures”.

“At the same time, more than a third of trainees working in regional firms are not receiving the recommended minimum salary, which is symptomatic of the economic and political uncertainty currently impacting the legal sector.

“If yet more costs are enforced on the profession, solicitors will be left with little choice but to pass them on to clients, which could further undermine access to justice, an outcome clearly at odds with the broader public interest.”

The Bar Council spoke out about the increase by claiming it “strongly” objected to the timing of the proposals following its own budget for 2020/2021 which included the the levy on the profession that funds the OLC, that had been “factored into” its new PC fee levels.

“A proposal for a 20% increase for the next financial year received after the representative body budgets have been finalised and the practising certificate (PC) fee application has been approved by the LSB is totally unacceptable.

“Any increase in OLC costs would cause major disruption as it cannot be easily accommodated within an already set budget. Consulting in February for an increased budget to begin in April demonstrates a lack of forward planning.”

Concerned that the increase in the OLC levy would be passed onto consumers by barristers, they said that there should be no rise before “all other measures” had been explored.

“As case closures have increased and backlogs have already reduced significantly, we believe it may well be the case that the 20% increase in budget is not required.”

Do you agree with the Law Society and Bar Council?  Is the increase justified and do you feel the costs will ultimately be passed onto the consumer?