A law firm has recently delivered their own response to the Government’s consultation paper on unfair leasehold practices.

Released after the proposed ban on residential leaseholds, the Department for Communities and Local Government’s paper was originally promised in February’s Housing White Paper.

The proposals aim to tackle the issues regarding leasehold homes, including ground rents doubling every decade and soaring freehold costs.

The paper, entitled “Tackling unfair practices in the leasehold market”, puts forward its own suggestions and seeks feedback from those within the industry – some of whom have already shared their thoughts.

Responding to the paper was law firm, Hart Brown, who gave their views on issues including “pet solicitors” as well as a “right of refusal.”

Their suggestions to improve leasehold practices are as follows:

1) Building Developers insist on or encourage the use of a “pet solicitor” to handle the purchase for the buyer. This solicitor is usually fairly inexpensive (sometimes even paid for by the developer) but is unlikely to be truly independent due to their relationship with the developer. Many of our clients have complained that they were not properly made aware that they were buying a leasehold house or of the potential costs of acquiring the freehold at a later date. An independent solicitor has no relationship with the developer and is not dependant on the developer’s referrals for business.

2) Some developers are including a provision in leases which require leaseholders to pay the landlord 1% of the value of the property (or of the sale price) to the landlord on any sale. These provisions are typically seen in retirement flat leases.  This is an example of developers or landlord seeking future income from the sale of properties.  This kind of provision might replace ground rents if the same are to be restricted and so Government needs to consider (and perhaps restrict) other ways that developers are reserving a future income in leases.

3) Consideration should be given to providing a statutory right for freeholders or leaseholders on an estate where an estate service charge is payable to take over the management of the estate, similar to the statutory Right to Manage, which is currently only available to leaseholders of flats.  Currently, freeholders and leaseholders of estates can only acquire the management obligations if their leases (or transfers in the case of freehold houses) contain a contractual provision to this effect. Giving freeholders/leaseholders of houses the right to challenge service charges is all very well, but litigation is costly and worrying, and the FTT has a very limited costs jurisdiction, therefore freeholders/leaseholders cannot generally recover any legal costs they incur even if they are successful.

4) A right of first refusal could be introduced to ensure developers or landlords offer the freehold for sale to their leaseholder before selling to a third party.  The Government points out the problem with this in the consultation paper (developers can get around this by entering into a contract with the third party before they grant the lease to the buyer of the house), but at least it will give an option to those whose only option at present is to exercise their right to enfranchise but only after they have owned their house for 2 years.

5) The regulation of managing agents may address some of the concern regarding abuse of service charges.  Currently managing agents, who are often acting on the instruction of the landlord, but spending the leaseholders money, are unregulated. 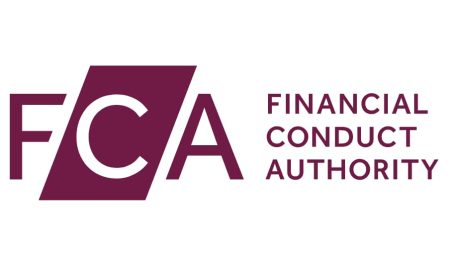