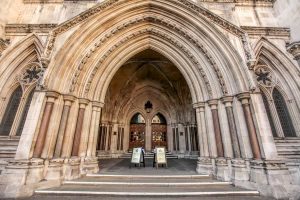 The England and Wales Court of Appeal (EWCA) has upheld an appeal into a landmark case involving when a home owner is entitled to principal private residence (PPR) relief.

Desmond Higgins, the owner of a London flat he was unable to live in for four years, has had his appeal upheld by the court following a court battle with HM Revenue and Customs (HMRC).

Having put down a deposit and exchanging contracts for the London based property in 2006, prior to construction starting, Higgins was prevented from residing in the property until 2010.

The financial crisis of 2008 delayed the construction process and meant Higgins was unable to complete the purchase of the property until 5 January 2010, which was the earliest point he had a legal right to occupy the property.

Mr Higgins made a sizeable profit on the problematic investment after selling the property in 2012.

HMRC later charged Mr Higgins capital gains tax (CGT) for the profit made on the property since 2006, when contracts were initially exchanged.

In total, HMRC requested CGT contributions of £61,383 for the property after using the ‘Taxation of Chargeable Gains Act 1992’ which claims profit is calculated from the moment a contract is made.

Conversely, Mr Higgins argued that from 2006 to 2010 he did not own the property and was therefore not liable to be charged for any gains made during this time. He claimed that the chargeable period was only enforceable upon completion.

However, the Upper Tax Tribunal sided with HMRC’s interpretation during a later appeal.

The England and Wales Court of Appeal has clarified the start time for when a gain tax can be applied on a property. Given Mr Higgins had no legal right to occupy the property until 2010, the period of ownership could not start until this permission was granted.

Will the clarification that profit on a gain cannot be taxed until after the completion help to demystify any ambiguities in the future?