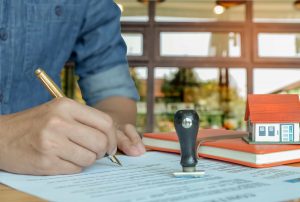 The number of buy-to-let investors, looking to purchase a single property, have fallen sharply in recent years.

According to a recent survey by the Intermediary Lenders Association (IMLA), perceived onerous legislative changes have forced many landlords to consider their investment in additional property.

However, since this point, the Government have imposed stamp duty land tax increases on additional property, introduced the Tenants Fees Order and threatened to abolish Section 21 ‘no-fault’ evictions. This has led to a 40% decline in buy-to-let mortgage investment which has dipped to £9.1 billion.

The research also highlighted a shift in the types of additional market owners dominating the buy-to-let sector in 2019. Almost four in five landlords (79%) owned one additional property in 2010. However, by 2018, this figure had shrunk to 48% of landlords.

Where 38% of the market was occupied by landlords renting over five properties in 2010, landlords with individual property investments dominated the market with a 40% market share of the sector.

However, recent legislative changes have led to huge shifts in market representation. Landlords with more than five properties in their portfolio now dominate with 48% market share of the sector whilst individual property landlords have tumbled to a mere 20% share of the buy-to-let sector.

“The UK’s private rented sector is under significant pressure. Landlords up and down the country are effectively having to fill the gap left by a shrinking social housing sector that is struggling to accommodate demand from lower income households.

“At the same time, it must continue to meet the needs of people who either want the flexibility of renting or who are not yet able to step onto the housing ladder in the face of increasing house prices and tighter mortgage regulation.

“We are concerned that layers of government intervention have adversely affected small-scale landlords’ ability and appetite to invest in properties over recent years.

“As increased tax and regulatory responsibilities increasingly dis-incentivise landlords, we face a possible topping out of the PRS. While it’s good to see professional and institutional investors increasing their stake in the nation’s housing stock, the number of one-property buy-to-let investors has fallen by almost half.

“Squeezing the PRS puts the pressure on millions of renters in Britain. We are strong advocates of a fair market with a quality supply of homes. Restricting the PRS risks a lack of supply, rising rents and a fall in the quality of rental accommodation.

“We have repeatedly called for government to put the brakes on regulating and taxing our nation’s landlords. We urge a more moderate approach to ensure our private rental sector remains strong for the millions of renters who rely on it.”

Will buy-to-let investment continue to dwindle if Government intervention persists?