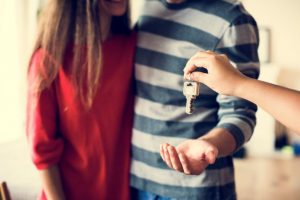 Following the recent announcement that half of letting agencies in England and Wales will consider leaving the market once the Tenants Fees Bill becomes legal, landlords remain a lot more resolute.

A recent survey of over 1,250 landlords, conducted by The Property Hub, found that 77%, equating to 1.75 million investors, intended to increase their portfolios by purchasing more property in the next 12 months, despite fears of a mass exodus.

Whilst letting agents remain anxious about the profitability of their businesses in 2019, only 2.9% of landlords plan to sell their properties because of changes to the rental sector.

Additionally, 70% of landlords are also undeterred about the implications of a no-deal Brexit. In fact, 84% had no plans to sell their properties in the next three years and 66% would still retain their properties even if the government increase tax measures.

Rob Dix, co-founder of The Property Hub, says: “There’s been so much talk of a mass exodus of landlords and the death of buy to let, it’s easy for some would-be landlords or, indeed, tenants, to believe the rental market is on its knees. However, it’s clear from our survey that landlords are far from retreating from the market.”

“Getting good long-term tenants is the goal for any landlord so it’s not surprising that less than 9% of landlords would be against mandatory three year tenancies regardless of any concessions. However, landlords obviously need to be protected too so it’s only natural that those operating in the sector are calling for some reassurance.

“It’s telling that the most popular wish for licensing – more popular even than a tax break – is some reassurance that it will actually work. The majority of landlords take pride in providing a good service and are as keen as anyone for the rogues who give the industry a bad name to be pushed out.

“Taken as a whole, the results of our survey show that the caricature of landlords fleeing the sector when the going gets tough isn’t in line with reality. Most landlords are in it for the long term and have sound business plans – they don’t view property as a get-rich-quick scheme.

“The Armageddon-style headlines in much of the press over the last two years in no way reflect the way landlords are feeling. Buy to let is far from dead. Are investors operating in a new landscape? Certainly. Is it one they’re unable to navigate successfully? Absolutely not.”

This may be important news for the housing market as the rental sector continues to grow because of the difficulty in housing affordability for the majority of young people. A steadfast and determined buy-to-let landlord will reassure generation rent in the future.

What will this reassurance mean to the housing market? Will this take pressure off the government? What will this mean for conveyancers?