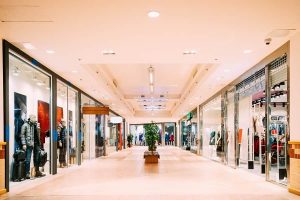 Seven in ten believe their local high street has been fundamentally changed by Covid-19. But a new report from international law firm Withers highlights the wealth of opportunities this change has created for open-minded landlords who are willing to redevelop or sell back their vacant premises, and work closely with other key stakeholders.

Some changes to the high street have been cause for concern – many are nervous about the number of empty units (69%), are fearful that shops and restaurants they value will close in the coming year (52%) and that chains will take over (33%) – but this in turn is fuelling a drive for redevelopment.

“The media loves this idea that the high street has to be ‘saved’, but I think you should drop the ‘save’ and replace it with ‘reinvent’. It’s all about developing social places that are fit for the 21st century.”

Nearly half (46%) are expectant that their local authority will now take more proactive steps in improving their high street, while a quarter (24%) believe there is now a greater role for the community in the management of key high street buildings.

“The high street isn’t going away, nor is it dying, but it is transforming, changing in purpose and function.

“High streets must adapt, and they can do that most effectively with proactive support from place managers (local authorities etc), and through collaboration.”

Many experts interviewed for the report believe that councils and communities cannot regenerate village and town centres alone though; and landlord participation and cooperation is vital.

One challenge cited in the report is absentee landlords, who own key buildings but have never visited these, with many falling into disrepair. The experts interviewed by Withers said that absentee landlords must take a greater interest in the areas they’re invested in, and ultimately work with the community and local authorities directly to decide what change is needed and how that can happen.

“If we want people to embrace and use and support these places [local high streets] ongoing then this old paradigm of people owning places who live miles away seems very outdated.”

“It’s not just about looking at the asset in terms of the income you can generate, it’s about thinking how to create something good! If you’re a landlord that is happy to take more of a risk, then independent business can be a great fit.”

Locals buying back buildings that have been empty for years and turning them into community hubs was also referenced by several experts during the ‘Future of the High Street’ report research. Many told Withers that more communities are feeling empowered to push back against their councils to ensure the amenities on their high street make sense for the people who live there. Some are also trying to persuade absentee landlords of the benefits of selling empty properties back to local people.

Midsteeple Quarter, a Community Benefit Society that has been set up and is run by the people of Dumfries is cited as an example of how to make this happen. Their vision is to reshape their town centre into something that is designed to benefit the local community. They have been buying back underused high street properties from landlords and gaining empty council buildings through asset transfer. They plan to redevelop these into a new diverse and contemporary neighbourhood consisting of 60 new homes and 50 commercial spaces.

Scott Mackay, Midsteeple Quarter Manager said that persuading landlords to sell vacant buildings to them hasn’t been easy though:

“Many of the buildings we’re talking about were bought by landlords 10-20 years ago for maybe £750,000. For the most part they’ve been empty for a long time, but the landlords haven’t wanted to sell.

“Covid has highlighted that selling these properties to us is potentially the best opportunity they’ll have. It’s made landlords recognise that in some instances they’re not going to get those values back. They’ve been more amenable to doing a deal and selling even though valuations have dropped significantly – down to £100k in most instances.”

“Without doubt the Covid-19 pandemic exacerbated an already challenging situation on our high streets, accelerating the need for action. Yet there is hope and opportunity for those willing to innovate and collaborate; our research has shown that people really do want their local area to succeed – they want to make use of and support amenities on their doorstep again. Coming out of lockdowns, it’s clear that people have a renewed interest in a community hub and local places where they can shop, socialise, work and be entertained.

“What is also fundamentally clear is that local authorities, landlords and communities must create new partnerships and ownership models that will not only serve the varied needs of those living in the area but will also create destinations that attract both visitors and consumers. Thriving high streets of the future will not rely on retail alone, but a carefully curated mix of services that meet the community’s demands. We believe that landlords in particular have a vital role to play in this regeneration.”

The future of the local high street report can be found at: https://reports.withersworldwide.com/the-future-of-real-estate/high-street/. 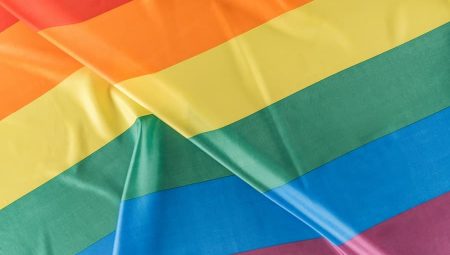