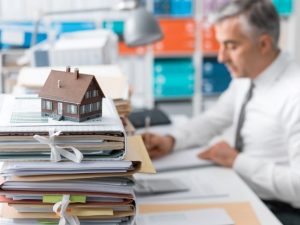 It seems as though the market has focused on First Time Buyers to bolster a stumbling market in recent years to the perceived detriment of buy-to-let landlords. Although landlords will be hoping that their plight is considered with the removal of a 3% surcharge on stamp duty, a recent study by leading online letting agent Upad, has found that landlords will not be deterred if their wish list is overlooked.

The report indicates that 40% of respondents would appreciate the Chancellor reviewing recent changes to Mortgage Interest Relief, which many landlords believe has made them considerably worse off.

26% of landlords languishing in difficulty would like to see a reversal of the 3% Stamp Duty Lad Tax (SDLT) surcharge reversal that has been applied to second and subsequent property purchases.

Similar to research announced this month, a failure to ease the burdens that these tax reforms have inflicted on landlords will not trigger any rash decisions with 30% declaring that they are a committed landlord that takes a long-term view to their portfolio of property.

32% have said that they will monitor the housing market before making a final decision. However, their long-term future is unclear. Only 7% will gauge their future in property investment based on the current autumn budget.

James Davis, CEO of Upad, said: “The decision to sell up isn’t instantly achievable and landlords need to factor in serving notice on tenants and possible renovations before tackling all the normal marketing and conveyancing hurdles. Realistically you can be looking at a twelve-month time frame to sell a rental property so whatever happens next Monday, we’re unlikely to see that happen quickly.

“Added to that, however, is that our landlords take a long-term performance view of their portfolios. Over three-quarters of our respondents have been a landlord for more than five years and added to this, the clear majority have a very clear strategic reason for being so: for two-thirds, it’s a vital part of their pension planning, whilst for a fifth it’s their full-time job. This isn’t something that they’ll simply walk away from.

“With 71% of our respondents confirming that they’ll maintain the size of their property portfolio in the coming year and a further 15% stating that they, in fact, plan to increase the number of properties they hold, committed landlords with a long-term, strategic view of their investments are unlikely to be deterred by whatever the Chancellor announces next week.

John Socha, a landlord with over twenty years’ experience, commented: “The Chancellor needs to start viewing landlords, like myself, as a legitimate business rather than an activity to dabble in on the side.

“I have built a significant portfolio of properties and already have plans to expand this further, but if the Chancellor doesn’t announce positive moves for landlords, then I will need to start increasing rents as tenancies come to an end. I’m not going to simply give up what I’ve worked hard to build.”

When 25% of the housing market is set to be privately rented accommodation by 2020, it would seem that a dedicated stock of resilient landlords is imperative to ensure the housing stock is available to generation rent. Possibly this budget will be the one to recognise the nation’s increasing dependence on landlords in the future.

Should this be viewed as a positive result for the housing market?