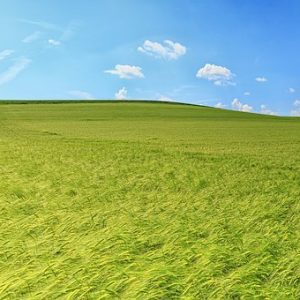 The Housing, Communities and Local Government Committee has written a report advising a range of reforms to Land Capture.

Amidst other changes, removing hope value on land was near the top of the agenda.

However, many people fear that removing the potential value of land through the ‘hope value’ will actually discourage landowners from bringing their land forward because they will lack the necessary financial incentives.

The report also found increasing the financial contribution that developers will pay to local communities could increase funds. Again, an already stretched housing market is unlikely to expand at the rate the Government need if a building company’s margins are increased.

Christopher Price, CLA Director of Policy and Advice, commented: “The current system of capturing the increase in land values already provides a range of benefits. In 2016/2017 some £6 billion was raised via planning obligations like the Community Infrastructure Levy and Section 106.

“This money was raised by capturing the change in the value of land when planning permission is granted. History shows us that increasing these obligations too far stops landowners bringing land forward and stalls development.

“We are frustrated that the committee has recommended the removal of hope value. The principles of fair compensation are that any price should reflect the value of the land if it was to be sold on the open market. It is iniquitous to ignore the fact that the price paid for land with development potential should be higher than land with no development value whatsoever.”

Ian Fletcher, Director of Real Estate Policy at the British Property Federation, said: “Land values vary significantly across the country and there will be many locations across the midlands and the North, and on brownfield land, where there is no value to capture. Crudely applied reform imposed in these locations will deter much-needed private sector investment into housing delivery and our town and city centres.

“Where there is significant land value uplift, there is substantial private sector investment available for new public infrastructure. Developers committed £6 billion towards the Community Infrastructure Levy (CIL) and Section 106 (S106) in 2016-2017, in addition to paying other taxes, and the real estate sector is now more heavily taxed in the UK than any other country in the Organisation for Economic Co-operation and Development.

“In London, the real estate sector is contributing £600 million to the cost of Crossrail via the Mayoral CIL and S106, and encourages other UK regions to adopt Strategic Infrastructure Tariffs to collect funding in this way.

“At a time when the UK must be building more homes, finding land is critical to success. However, if landowners don’t get the uplift in value from change of use, fewer landowners will come forward with land. This will exacerbate the housing crisis. The proposition made is that the state will intervene and buy private land via a compulsory purchase order (CPO). CPO should, however, only be used in very limited circumstances as it is an extreme measure which infringes property rights if fair compensation is not provided.”

Whilst the Government will be determined to ensure it can capture land value, the property sector has urged a level of caution to ensure that the housing market and production of housing in the future is not damaged.

What does this mean for the housing market? What implications will this have on the conveyancing sector?