Land For A Million Homes Unused Despite Planning Permission 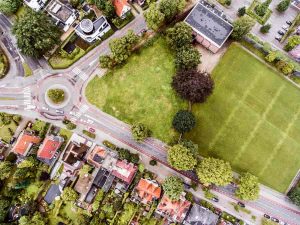 Data indicates that land for over a million homes remains dormant and unused despite being granted planning permission over the past ten years.

Having researched government data relating the number of planning permissions granted for new homes since 2009/10, the Local Government Association (LGA) found that only 1,530,680 of the 2,564,600 units had been completed in the past decade.

The data revealed that planning departments have clearly responded to amended frameworks in recent years and have approved nine out of ten applications since 2012/13.

However, economic conditions, reduced confidence and potential landbanking to ensure higher profits has restricted the number of units approved in planning permission converting into a similar number of completed units.

A number of experts have concluded that the issues are not with the current planning system which is responding to the housing needs by approving land use for residential dwelling.

Instead, the government have been urged to offer local councils increased powers to intervene in stalled developments.

“No-one can live in a planning permission, or a half-built house where work on a site has begun but not been completed. Councils need powers to tackle our housing backlog and step in where a site with planning permission lies dormant and house building has stalled.

“If we are to solve our housing shortage, councils need to be able to get building again and resume their role as major builders of affordable homes.

“It is also vital that the planning process is protected, so that councils and communities can ensure we realise the government’s ambition of building beautiful homes, which includes the necessary infrastructure and affordable housing.”

“These figures give lie to the government’s claim that council planning departments are the problem in getting more new homes built.

“Since 2010, Conservative ministers have loosened planning rules to give big developers a freer hand but they’re still not building the homes the country needs.

“After ten years of Tory failure on housing, the case for change is clear and the government should give councils tough ‘use-it-or-lose-it’ controls over land with planning permission and stronger powers to require mixed developments to meet local housing needs.

“Labour would also back councils to build at scale again, as part of a plan to build a million genuinely affordable homes.”

What interventions, if any, should the government introduce to ensure land with planning permission is converted into completed units?