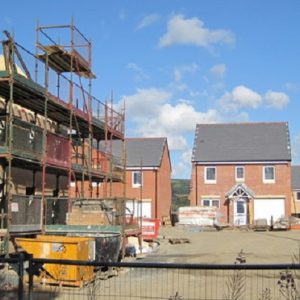 According to research from the Federation of Master Builders (FMB), two thirds of SME house builders are struggling to locate land suitable for development.

The FMB’s annual House Builders’ Survey has, for the second year running, indicated the biggest obstruction to SMEs’ (small and medium-sized enterprises) production of homes to be a lack of available and viable land. This was a view felt by two-thirds of those asked.

The results from the survey also indicate the wider scale of the planning issues, which SME builders feel are hindering the house building process:

Commenting on the issues faced by the SME home builders was Brian Berry. The Chief Executive of the FMB mentioned the reduction of competition as smaller housing projects are overtaken by those larger in scale: “The biggest challenge facing SME house builders is the planning process. Councils need to find a way of allocating and granting planning permission for more small sites. The current focus on large sites is squeezing out smaller developers, which is reducing competition in the housing market at a time when we need more, not less, choice. The limited supply of opportunities for small scale development is one of a number of key structural constraints that has seen the number of homes built by SMEs decline from around two thirds in the late 1980s to less than a quarter today.”

Berry also commented on the lack of differentiation in regards to treatment of small scale applications: “It is absurd that the planning system treats a 300 home application in largely the same way it treats a three home application. While the Government has attempted to remove red tape in its drive to increase the number of homes being built, it would appear that its reforms have yet to make a difference. 95% of SME house builders report that the information demands being placed on them during the planning application process have either increased or remain as bad as they were before. Our survey shows that the primary cause of unnecessary delays is the planning process, with the under-resourcing of planning departments being the most important concern.”

He concluded by urging the Government to focus on the proposed reforms in order to improve the planning process: “SME house builders must be seen as a key component of the Government’s housing strategy. This means a renewed focus on granting planning permission to small sites. At the same time, the Government needs to press ahead with its proposed planning reforms, including a presumption in favour of small scale development. Planning departments also need to be adequately resourced so that they have the capacity to engage more closely with SME house builders and ensure planning applications are processed through the system as speedily and efficiently as they can be.”