Jenrick out in cabinet reshuffle 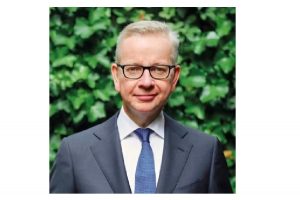 Posting on Twitter, Mr Jenrick who is MP for Newark, said

“It’s been a huge privilege to serve as Secretary of State @mhclg. Thank you to everyone at the department for their hard work, dedication and friendship. I’m deeply proud of all we achieved.

I will continue to support the Prime Minister and the Government in every way I can.”

The move comes just hours after the latest victory for leasehold reformers who celebrated the news that Countryside Properties are the latest developer to commit to removing doubling ground rents on new build leasehold properties.

Mr Gove will also take on the current challenges presented by the cladding crisis post-Grenfell, and the government’s plans to build hundreds of thousands of new homes over the next few years.

On Saturday The Times reported that once-in-a-generation plans to reform planning laws and create a zonal planning system were to be watered down.

“We welcome today’s appointment of Michael Gove as the new Secretary of State for Housing. Over the past 18 months housing has been high on the political agenda, with the long term Covid-19 inflicted stamp duty holiday and evictions ban due to close at the end of the month. We look forward to meeting the new Secretary of State and his team over the coming months and hope the Department’s position and policy focus stays on track.”