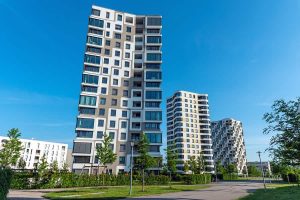 Owners of up to 800,000 flats left valued at zero following the Grenfell Tower disaster and resulting cladding scandal may now be able to sell following new Government advice over fire safety requirements.

The housing secretary, Robert Jenrick said that an independent panel of experts had found that small and medium blocks of flats less than 18 metres high posed “no systemic risk” as the expert report stated that “it is now clear that there has been an overreaction and excessive risk aversion in some parts of the market”.

The Grenfell disaster of 2017, in which 72 people lost their lives, prompted investigations into thousands of similar blocks of flats that were also found to be covered in dangerous and highly flammable cladding. Since then work has been ongoing to remove the dangerous cladding material, often at a cost to leaseholders in cases where Government funding has been unavailable. This has left many leaseholders in negative equity and unable to sell property.

Initially, only those who owned flats in buildings over 18 metres high were affected by cladding removal and safety requirements, but the Government extended its advice to smaller properties in January 2020. Since then mortgage lenders have been demanding fire surveys from a much wider range of sellers, usually requesting the provision of an EWS1 form to prove that a property is safe, prior to approving mortgage applications. Many different types of buildings have been faced by stringent safety requirements, including those without cladding.

Many lenders and insurers have since become extremely risk averse, resulting in leaseholders having to foot the bill for unnecessary remedial work, the report found. The problem has also been exacerbated by a shortage of fire engineers to carry out checks prior to obtaining the paperwork.

Robert Jenrick has now announced that this guidance will be changed following the latest expert advice, stating that “home fires were at an all-time low”, and that “91% occurred in houses, bungalows or converted flats”.

“in the small number of cases [in purpose-built tower blocks below 18m] where there are known to be concerns these should be addressed primarily through risk management and mitigation”.

“fire-risk assessors and lenders should not presume that there is significant risk to life unless there is evidence to support this” and that “this would ensure that they respond only to the evidence and adopt a far more proportionate and balanced approach”.

The updated advice will only apply in England and it is reported that major lenders have now committed to review their policies in light of the change. Mr Jenrick responded that he was pleased that some lenders had agreed to change their rules already, stating “I hope and expect other lenders to follow suit swiftly” of the rest of the lender market.

COO of Property management company Warwick Estates Bethan Griffiths, questioned the timing of the change while acknowledging the positive impact on the housing market, saying:

“Whilst we welcome the government’s about turn on deeming 800,000 affected flats now safe, one wonders why it took four years for this to be ascertained. Meantime over £190billion worth of UK property assets has been held in limbo, trapping owners into a seemingly unnecessary and protracted state of anxiety.

Notwithstanding the relief of hundreds of thousands of leaseholders, hundreds of freehold apartment owners including asset managers and property investment houses can also now restore these assets to full value on their balance sheets

Wiping out one-fifth of a trillion pounds in property value is equal to around 9.7% of GDP and was likely to be somewhat missed economically.”

While the new guidance may unlock parts of the property market that have been paralysed by the cladding crisis, some are more sceptical. Labour shadow housing secretary Lucy Powell said that “the government should think again about its arbitrary definition of high-risk buildings” adding that there is a “cosy relationship between developers and the private inspectors they handsomely pay”.