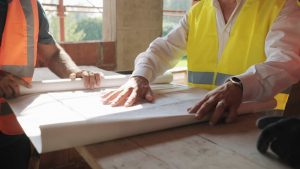 The Government has revealed that one of the largest housebuilders in the world, Sekisui House, will significantly boost the UK housing market following a multi-million pound deal.

Japan’s biggest housebuilder, Sekisui House will be transforming the UK residential market after striking a £90m deal with Homes England and Urban Splash to deliver thousands of new homes across England.

The investment deal will see Sekisui taking a 35% proportion of the equity in Urban Splash’s modular house business and the new UK homes constructed will use modern building methods where factory-built homes will be distributed out to sites across the country.

It is believed it will enhance the UK’s modular housing industry and will aid the production of desperately needed new homes.

The Japanese housebuilder giant, Sekisui has invested a whopping £22 million of new equity coupled with £30 million coming from the Government’s House Building Fund which is administered through Homes England.

“Using modern methods of construction to build high quality homes with short build times is one of our company’s great strengths. Our technology and know-how can help resolve pressing social issues in the UK.

“I want to see us play our part effective immediately. These operations can also help bring vitality to UK regions, and we will work to make the strongest connections with the local communities.”

Housing Minister Kit Malthouse said that Sekisui House has the experience and expertise to utilise the modern methods of construction that are transforming home building. He said:

“Backed by Government investment, the announcement will support our urgent mission to deliver more, better and faster home construction to ensure a new generation can realise the dream of home ownership.”

Homes England, who are responsible for increasing the number of new homes built in England, has been influential in providing significant financial support and expertise to the new partnership – as well as giving guarantees to the investors.

“When Homes England launched last year we said we’d disrupt the housing market to increase the pace of construction. By helping bring one of the world’s largest and most innovative housebuilders to UK shores, we’re putting our money where our mouth is.

“By creating a more diverse landscape, where smaller builders such as Urban Splash get a stronger foothold, we’re rebuilding the building industry, driving up quality and improving consumer choice.”

Tom Bloxham, Chairman of Urban Splash believes that there is a real prospect in the UK house building industry. He said:

“We hope to leverage our 25 years of house making experience and our recent investments into modular housing by bringing in new partners.

“Having looked far and wide we chose Sekisui House from Japan because of the company’s unrivalled global experience in modular construction and shared values and philosophy that we are making homes not units, and a joint belief in the need for a green future.

“We are incredibly excited about the accelerated production of much needed homes and evolving traditional practices as we embrace the benefits of innovative offsite construction. I hope it will establish us as the housing partner of choice for landowners, both public and private.”

This multi-million pound UK housing deal will potentially take the pressure of home building companies in the UK but will it eliminate the housing crisis?

Earlier this year housebuilders called for urgent planning reform, with The National Audit Office’s report stating that the government’s planning system is under performing and cannot demonstrate that it is meeting housing demand effectively.

The following month saw a survey carried out by McBains insinuating that house builders felt it would be unlikely they would be able to achieve the Government’s target of 300,000 new homes per year – with 48% confident that the target will be met in the next 5 years.

However, a report from the Campaign to Protect Rural England revealed the use of potential brownfield land could be the answer to the shortage of new homes.

As a conveyancer, do you think the new partnership will help the housing crisis? Do you think the Government’s home target is still unachievable? What could be done to improve building efficiency?