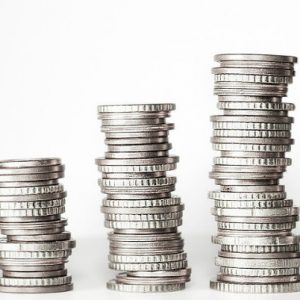 Issues linked to property sale proceeds were the most common reason for SRA compensation fund payments being claimed during 2016/17.

This is according to the Annual Review published by the Solicitors Regulation Authority (SRA), reporting on its work over 2016/17 as well as setting out plans for the year ahead.

One of the key statistics in the document relates to the Compensation Fund, which the SRA stated £15.2 million was paid out of during 2016/17; compared to the £10.3 million paid out during the previous year. This increase has, in part, been linked to the rise in the number of interventions over this period.

The regulator also revealed that the largest grant from the fund in 2016/17 was for £500,0000, and involved a firm which offered conveyancing and private client services being shut down after suspected dishonesty.

It involved a solicitor acting for a seller in a conveyancing transaction; following completion, the buyer’s solicitor sent the purchase money to the firm. However, as opposed to paying off the property’s mortgage, the solicitor took the money. The SRA state that they made a grant from the compensation fund in order to allow the mortgage to be paid off, enabling the buyer to complete the purchase, as well as register it with HM Land Registry.

It also came to light that the solicitor had been taking money from multiple clients, with the client account shortfall over £1 million. They were later struck off.

Money laundering was also highlighted as an issue of concern for the SRA, with the regulator describing the risks which conveyancing transactions may be vulnerable to; ‘the volume of business means that care has to be taken to identify any possible illegal activity taking place’.

The SRA state that whilst most firms have a number of professional obligations under the Proceeds of Crime Act 2002 and the Terrorism Act 200, the new rules  – the Money Laundering, Terrorist Financing and Transfer of Funds (Information on the Payer) Regulations 2017, which implements the Fourth Anti Money Laundering Directive into domestic law – will bring a number of new regulations set to impact firms.

Outlining these, the SRA state the effects of the new regulations include increased monitoring of activities, with firms which offer legal services which fall within the regulation’s scope to notify the regulator. Property and estate agent services were cites as examples of high-risk areas where money-laundering is concerned.

The SRA also states that individuals who have significant control over the running of a firm must seek approval from them to continue providing legal services which fall within the scope regulations. Furthermore, the regulator also set out its intention to introduce a risk rating for every firm which this applies to, as well as publishing a risk assessment direct to firms on the areas that they feel pose the highest money laundering risk. This, it states, is dependent upon the characteristics of the firm.

The full Review can be accessed here.