Is Working For Small Law Firms The Future? 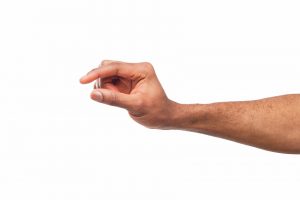 A leading global provider of information and analytics has revealed that from 2016 – 2019 solicitors leaving larger practices to work in smaller firms has increased from 53% in 2016 to 64% in 2019.

The latest Bellwether report titled, ‘Is the Future Small?’, published today by LexisNexis UK, highlights that the small law firm sector is flourishing, and the future looks optimistic for this segment, despite numerous challenges in the legal landscape.

The size of a firm is believed to be of great importance to established solicitors and especially law graduates who favour larger national and international firms due to the intense competition for training contracts.

When considering which firm to apply for, the size of a practice can dictate everything from hiring practices and workloads to workplace culture and profitability. Of those solicitors surveyed nearly half (44%) would consider working for a smaller or solo business, which is defined as firms employing less than 20 fee earners, in their next job.

Subsequently, medium-sized firms were up for consideration also as 42% solicitors would be interested in a role. However, figures confirmed that less than 2 in 10 wanted to work for a large firm.

It seems smaller firms should not be overlooked as it is believed career aspirations can be achieved, even though it appears to be a common opinion that larger firms present greater opportunities to experience a wider variety of legal avenues.

The research found 9 out of 10 solicitors considered the benefits of working in a small firm to be generally ‘advantageous’, citing the ability to remain in control (82%), a better client experience (79%), and swift decision making (76%) as the major benefits, among others.

But solicitors have identified that there are challenges and disadvantages to being a small firm as 3 in 4 solicitors feel that their small firm size could be perceived by some clients as lacking in credibility.

And 82% of solicitors in small firms have concern that profitable work would be turned away due to lack of capacity – with a quarter of solicitors believing that building a pipeline of future business is difficult and hence a major issue.

From the research, other downsides included the fact that it is hard to succession plan as clients are ‘buying’ them personally (51%); and increasing compliance regulations (51%).

“The future is certainly bright for small firms and an overwhelming number of solicitors working in these organisations believe that small law is better – from both personal and professional standpoints. While small law firms believe the benefits of their size outweigh the challenges, these organisations aren’t dismissive of the challenges they face, which is a good thing. Their combination of realism, confidence, and optimism will likely help them to continue to thrive.”

It is believed that legal professionals, law graduates, and would-be lawyers aspire to work for big law firms. The prestige of being employed by such a recognised and reputable name, along with a higher salary can be rewarding to the applicant.

However, it is claimed that working for smaller firms can give you a lot more visibility and influence in a firm, coupled with faster career progression. Claiming many solicitors in smaller law firms will have expertise in numerous areas of law, whereas solicitors working at larger firms usually only specialise in one area of legal expertise – allowing solicitors to work in numerous areas of law which encourages a greater range of knowledge.

One thing is for sure, in this age of high competition and growing aspirations, working for large or small firms offers both challenges and opportunities in an ever-changing, demanding legal market.

As a conveyancer, what is your experience? What are the pros and cons of working for small and larger law firms?