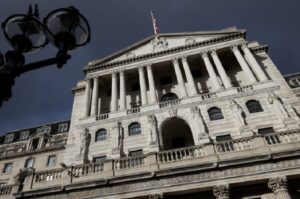 A rate rise has been anticipated and The Bank of England has not ruled on out before the end of the year as inflation is expected to rise to just under 4% in October and 4.5% in November, before peaking at 5% in April.

Many across the property sector have been making plans ahead of its introduction.

Stats from LMS show that instructions are up 50% in September with 45% of borrowers increasing their loan size in September. 1/2 of those who have remortgaged have opted to fix their deal for 5 years.

Commenting on the figures Nick Chadbourne, CEO of LMS, said

“Remortgage instructions rose by 50% in September as rumours of an interest rate rise loom large, which may impact the cost of mortgages. The number of remortgage completions soared to 108%, as September marked one of the highest numbers of ERC expiries of the year.

“Today’s decision to maintain base rate is good news for borrowers, especially given that costs of living are on the rise and households across the country may begin to see their finances squeezed in other areas over the coming months.”

“Healthy competition between lenders and the low cost of borrowing continues to fuel rates which are significantly less than previous years. LMS data reveals that on average, borrowers who remortgaged in September reduced their monthly repayments by £235.

“However, many expected the rate to be increased today and we have already witnessed several lenders raise their pricing in anticipation of that. Despite the rate being maintained, the precedent of lenders hiking product rates has been set and will likely continue for the rest of the year, and base rate won’t remain at 0.1% forever.”

At the time of the last rate rise in August 2018, only one in ten banks raised savings rates within a week, and only a small fraction of them passed on the rate rise in full. Meanwhile 28% of banks raised mortgage rates. We have already seen the major lenders take action ahead of the anticipated rate rise.

On October 25 there were 82 fixed-rate mortgages available at 0.84% to 0.99% but by Tuesday 2nd November this week this had shrunk to 22 deals, according to analysis by Defaqto. Last week the average two-year fixed mortgage rate for a first-time buyer putting down a 5% deposit was 2.45%. This has jumped over the past week to 2.69%, the financial information website added.

In the mortgage market, figures from Twenty7Tec show purchase mortgage search volumes are at their lowest proportion of the market since May 2020. Searches for mortgages products in the 95% LTV range have also dropped – now half the volume at the time the guarantee scheme was introduced.

A dip in searches for new mortgages and first time buyer mortgages, which are at their lowest proportion of mortgage searches since June 2020, was unexpected, according to Twenty7Tec CEO James Tucker. That said, the market remains busy:

“The market is changing, and fast. We should be in the midst of a house purchase boom right now as we traditionally are in the 11 weeks prior to Christmas. Instead, the purchase market is not as firm as we’d expect, and remortgages appear to be the order of the day.

“With a drop off in first time buyer activity and a lower proportion of searches coming in the 95%-100% LTV range, we believe that the pre-Christmas mortgage market is slowing a little.

“Buy To Let remains strong, with five of the eight busiest days this year all within October 2021. Buy To Let is picking up the slack from First Time Buyers.”