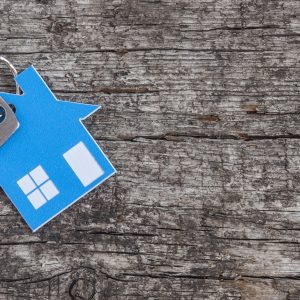 Customers sign the final paperwork, receive the keys and drive up to their shiny, untouched new build with a naive optimism and pride that they own their own forever home, only to discover that they are trapped in a mis-sold leasehold nightmare.

This is the unfortunate truth that has been overwhelmingly revealed in NAEA Propertymark report, ‘Leasehold: A Life Sentence,’ and supports the claims that the Government should be doing more to protect consumers.

The report, of 1,103, leaseholders, found that a staggering 94% of respondents deeply regret buying a leasehold property. This is mainly due to the shady and often deceptive language and communication used by the house building company.

42% of respondents were sold the property based on the ambiguous language of it being a ‘virtual leasehold.’ Building companies are able to use this property type semantics because they offer leaseholds at a significantly increased rate to the majority; many offering 999-year leases as opposed to the average 100 year lease.

24% of those allured by the confusing wording, never had their misconception corrected by anybody in the house selling process. Even more worrying was the fact that 11% were sold the house on the advice that the property was ‘just like a freehold’.

When 57% of respondents bought the property with no understanding of what a leasehold property was, with much of the information misrepresented or completely manipulated, who should be supporting and advising on these sales.

Many will assume that the estate agent has a huge role to play in enlightening those that are confused with the terminology and technical aspects of leasehold property. However, 78% bought their properties directly from a developer. When the developer has created an appetising and misleading language, where is the transparent advice coming from?

More worrying is the fact that 65% used the solicitor their developer recommended, losing the element of impartiality. Despite the link to the developers, conveyancers or legal service providers have an obligation to ensure that the buyer is clear on what they are purchasing.

Once they were aware that they had entered a leasehold agreement, 43% of leaseholders were not told about buying the freehold to the property. 29% were told that they needed to wait for a period of two years before being eligible to purchase the freehold.

Furthermore, 19% were not told they needed to wait and purchased the property on the assumption that they could purchase the freehold rights immediately.

The inconclusive information and wording suggests a level of control and stability when it actually infers a ground rent nightmare and a myriad of leasehold stipulations.

Ground rent was the biggest cause of dissatisfaction with many contacts insisting the fee can double within 10 years. Even within a three year period, leaseholders have seen a 15% increase in ground rent from £277 to £319.

The disgusting fact remains that the £277 annual ground rent when you move in could increase to over £280,000 within 100 years if caps and regulations are not put in place. Many mortgage lenders recognise this and remain skeptical on lending to properties tied into ridiculous ground rents, leaving many unhappy leaseholders worried that they are stuck in the property, wading through a quagmire of ever increasing ground rent.

Thousands of people are trapped in a leasehold nightmare due to a lack of transparency and half-truths masked in confusing phrases. Only 30% of the respondents were categorically told by the house builder that they were purchasing a leasehold property; 27% needed conveyancers to advise and teach them what they were purchasing with 15% finding out when they were checking their contracts. In the age of transparency, this is simply unacceptable!

Should there be more transparency around similar leasehold property transactions? Should conveyancers ensure that buyers are aware of leaseholds and its implications before completing the process? Does more need to be done to limit ground rents and ambiguous language that confuses the buyer?