Integrity And Ethics Under The Spotlight In Latest SRA Outlook 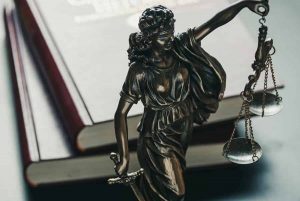 Integrity and Ethics have been put under the spotlight in the newly released Solicitors Regulation Authority (SRA) Risk Outlook for 2019/20, citing it as one of their nine challenging key risks which continually needs adhering to in the legal industry.

With the legal profession dependent on trust, the SRA treats cases that lack integrity or actual dishonesty very seriously, to the point that cases may lead to a referral to the Solicitors Disciplinary Tribunal (SDT) and even struck off.

An example of lack of integrity and dishonesty was heard at the SDT recently whereby a solicitor from a Yorkshire based law firm was struck off after forging documents to help him in an investigation by the SRA.

John Knight, a solicitor at law firm Wosskow Brown, who later became director of the Yorkshire firm also forged the dates of legal charges and a mortgage deed due to failing to meet Companies House’s registration deadline, thus creating a new deadline.

Those conveyancers who do not act with integrity can harm public confidence in the entire legal system. If a firm’s culture does not encourage integrity, both clients and third parties can be impacted when solicitors bring unfounded cases to courts and tribunals – resulting in unnecessary legal costs and cases reaching the wrong outcome.

The Outlook states “Acting with integrity means more than not being dishonest. It means following the ethical standards of the profession. Every aspect of your firm’s business practices and culture should reflect this.”

The risk report turned its attention to leaseholds stating that more than a million owner-occupied homes are leasehold. It said, ‘More than two-thirds of leasehold buyers told a survey for the National Association of Estate Agents that their property had been mis-sold to them.’

Those leaseholders who were surveyed revealed that two thirds of them had used a conveyancing solicitor who was recommended by the developer. It found that those buyers who did not use a recommended conveyancer were more likely to understand the terms involved when buying a leasehold.

It has been reported that developers have been incentivising buyers if they use their recommended legal professional by offering discounts – while some have even suggested to buyers that they are only allowed to use a recommended solicitor.

The SRA believes in these circumstances, the solicitor accepting a referral from the developer presents ethical consequences as it suggests the solicitors’ advice could be influenced by the interests of the developer.

The Competition and Market Authority (CMA) are investigating leasehold mis-selling and unfair terms and the Outlook confirms that the Government will contemplate further action following CMA’s report.

Furthermore, the Outlook focused on harassment and non-disclosure agreements (NDAs) saying they ‘are still receiving public and political attention’. Although NDAs have genuine uses, those solicitors who are drawing up the documents have caused ‘public concern’. The use of NDAs appears to prevent victims from reporting wrongdoing to the police or to regulatory authorities – and aiding abusers to carry on committing offences and prevents victims from seeking help.

The report states that solicitors ‘must not draft inappropriate terms that have the aim or effect of preventing the reporting of wrongdoing to the appropriate authorities.’

In the not too distant future, the Government is looking at introducing legislation to limit NDAs which may include new enforcement actions.

The SRA also added they have concerns over harassment in firms as a survey revealed 38% of female UK lawyers have been harassed in the workplace.

Acting with integrity is vital in the legal profession and the SRA Outlook seeks to help solicitors and their firms to comply by understanding their obligations in the Code of Conduct.

The risk report has issued a warning notice about the use of NDAs and given solicitors guidance when handling sexual harassment issues within a firm.

The SRA’s new Standards and Regulations which come into force on 25th November 2019 will focus on ethical values and support solicitors to use their own professional judgment.

The SRA’s new enforcement strategy specifies which types of conduct they will and will not accept and whether certain misconducts require more serious action than others. It revealed that so far in 2019 they have acted on 337 matters of wrongdoing and referred 16 cases to SDT, compared to 382 in the same period in 2018, when they referred 13 cases to SDT.

SRA stipulates that all firms must have the right controls in place to make sure the firm meets its obligations and ensure employees act with integrity and work in an ethical way.