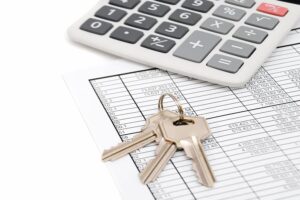 According to a report by Hampton International, an increase in the value of refunds on the stamp duty surcharge, aimed at second home and buy-to-let investors, indicates that more is now being paid by those who ended up using the property as their main residence.

The survey conducted by Hampton International revealed that 37% of the additional tax revenue has been reimbursed, increasing from 25% in 2019.

Since 2016 those with second homes or investments have faced an additional surcharge of 3% on top of stamp duty land tax charges when the initiative was introduced by then Chancellor George Osborne, in order to reduce buy-to-let demand.

“The percentage of refunds by amount has remained flat since 2018 at around 13%, indicating that the increase in refunds is due to higher purchases by wealthier homeowners. According to Hamptons, the average buyer who regained the extra charge was paying £526,000. This is more than double the national average home price.”

This equates to the average buyer in this category having to stump up an additional £15,780 to cover the charge prior to receiving a refund.

According to agents, a surge in demand for more spacious homes with outdoor space, as well as declining housing stock levels has led to problems. Royal Institution of Chartered Surveyors recently commented:

“The lack of available supply continues to limit options to potential buyers and is a key factor in supporting strong growth in home prices. It continues to exist.”

Consequently movers are cautious about putting their homes on the market before finding and securing new properties.

Beverridge commented that the increase in refunds suggests that additional stamp duty charges should be designed to achieve the intended goals.

“In today’s market where inventory matters, That’s a fair amount of money people have to come up with, It acts as a little drag”, she said.

The HMRC October housing transaction figures report also revealed a 52% month-on-month decrease after buyers rushed to complete their purchases before the end of the stamp duty holiday final stage.

Experts are now predicting a market slowdown due to low stock levels and the usual seasonal downturn but say that prices will remain high and that pandemic-influenced behaviour will continue next year.

“The slowdown across England and Northern Ireland is the result of stamp duty holiday distortions and the broader housing market activity remains high,” noting a growth in activity in parts of the UK unaffected by stamp duty holidays, with October trading in Scotland 16% above the average for 2017-19.