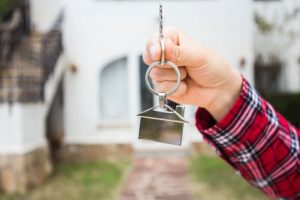 It has been a long and arduous process as the Tenants Fees Bill ricochet, rebounded and recoiled through Parliament, but from June 1st this year, it will become illegal to charge fees to tenants in rented accommodation.

During the Lords third official reading of the Bill, Lord Bourne of Aberystwyth made the announcement.

Lord Bourne of Aberystwyth, Bill Sponsor of The Tenants Fees Bill, said: “It has been clear throughout that this is a Bill that will introduce important changes for the private rented sector. It is in all our interest to introduce this introduction as soon as possible.

“Implementation is subject to the parliamentary timetables and amendments need to be considered in the other place. We need to enable agents and landlords following Royal Assent to become compliant, but we intend for the provisions to come into force on June 1st, 2019.

“This would mean the ban on lettings fees would apply to all tenancies signed after this date.”

From this date, agents and landlords will only be permitted to collect rent and the equivalent of five week’s rent for the property deposit.

Following the announcement, many organisations have been quick to offer their comments on the upcoming changes to rented accommodation.

David Cox, Chief Executive, ARLA Propertymark stated: “This now gives agents the legal certainty they need to prepare for a post tenant fees ban world. To learn about the intricacies of the legislation, we encourage agents to come to our Regional Meetings over the next few weeks and of course our annual Conference, where ARLA Propertymark will be doing everything it can to help agents plan and prepare for the introduction of the Bill.”

James Davis, CEO of Upad and portfolio landlord, said: “Having a firm date set for the Tenant Fee Ban to come in to effect feels like it’s been a very long time coming. However, now we know and it’s a little under 5 months away. This means that any landlord who has taken the ‘bury head in sand’ approach thus far, needs to act quickly.

“Ever since the ban was first announced in November 2016, headlines have focused on the threat that rents will rise, putting additional pressure on tenants and continuing to paint the landlord as the ‘bad guy’. This doesn’t need to be the case though. Most private landlords don’t, in fact, charge excessive upfront costs and whilst it would have been advisable to plan ahead before now, there’s still time to consider how else they can manage their costs.”

Isobel Thomson, chief executive of the National Approved Lettings Scheme, said: “At last agents have clarity on the date of implementation of the fee ban which the Government has laid great store by in terms of improving the lot of tenants.

“Only time will tell whether that is the case or whether tenants will end up paying more through increased rent.

“We believe that good, professional agents will be able to meet the challenges facing their businesses as a result of the ban but it is vital that enforcement is ramped up to ensure that all agents comply with the requirement and those who flout it are dealt with appropriately.”

David Alexander, managing director of agency software provider apropos, said: “Some agents have been charging substantial fees to tenants with little explanation why these charges applied other than for ‘administration’ which has been an area of complaint for tenants.

“This Bill will resolve many of these issues. The relatively quick implementation of the Bill could pose substantial problems for some agents, but it was clear that this legislation was coming, and the sector should have been preparing for its arrival.

“Similar changes were implemented in Scotland in 2012 which ended agency fees and cleared up deposit holding by landlords and agents, and in general most coped well with this.

“The bulk of the fee loss from the implementation of this Bill is likely to be absorbed by landlords, but the long-term benefits will be in creating a more trusting and attractive environment for tenants which, in turn, results in greater demand and, ultimately, increased rental returns.”

Simon Gerrard, managing director of north London agent Martyn Gerrard, said: “This delay is very little to do with letting agents being ready.

“The Government are clearly putting off having to implement the ban during the heat of Brexit, and are also likely keen to avoid the inevitable jump in rents that will occur.

“At Martyn Gerrard, we have been ready since they announced the ban, as we already don’t charge the admin fees they’re getting rid of.

“Those agents who have relied on tenant admin fees to survive and prosper, rather than charge landlords transparent fees, have had plenty of time to prepare and should be ready by now.

“This is simply prolonging the waiting period and giving them more excuses not to get their house in order.”

There is also still some debate over whether the ban will result in charges being passed onto landlords.

Michael Bennett, head of lettings for Best Gapp, said: “Our view is that providing a bespoke lettings service to landlords and tenants with timely execution in all aspects of the lettings business, coupled with a keen focus on keeping our landlord fees to a minimum without compromising the integrity of the service is paramount in the event of a change to legislation.

“We are able to remain competitive and offset the loss in tenant related fees when the ban comes into force by offering our landlords special fee packages designed to add value to the tenant experience and to ensure that our landlords retain their competitive edge on pricing of their prime property portfolios.

“We do not advocate increasing landlord fees or to consider employing other measures which would compromise the integrity of the service we offer to landlords and tenants.”