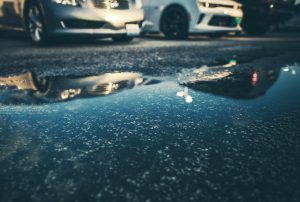 At the weather’s peak force, six severe weather warnings, indicating a threat/danger to life, were put in place with all locations situated along the River Don.

An Environment Agency (EA) rain gauge showed the UK’s worst affected area, the Peak District, was engulfed in 4.4 inches (112mm) worth of rainfall between Thursday (07) evening and Friday (08) morning.

Areas of Yorkshire also suffered from over 3.5 inches (89mm) in a 24–hour period.

This has had a huge impact on the local environment with more than a month’s rain falling in a single evening. In November, the UK averages 13 days of rain or snow, totalling 3.5 inches (88mm).

In total, the Government’s Flood Information Service issued 78 flood warnings in the North of England and Scotland with over 100 flood alerts spanning the length and breadth of Britian.

In the early hours of Friday morning, residents of areas around the river, including larger towns like Doncaster and Worksop, were advised to evacuate their homes after the river breached its banks.

Similarly, some residents in the Mansfield area were forced to leave their homes following a significant mudslide.

Shopping was on hold for many people in Sheffield as the Meadowhill Shopping Centre was used as a sanctuary for those displaced and evacuated.

With potential contamination from sewage run off, septic tank overflow and even groundwater contaminants from cemeteries during stormy conditions, it is clear that the impact on local residents could be widespread and long lasting.

How important are environmental and flood searches given the unpredictable and ferocious nature of modern weather patterns?