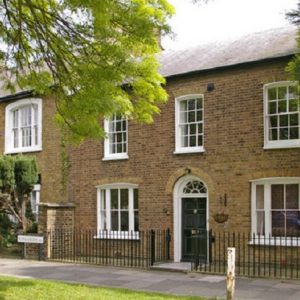 The Housing Price Index for March has recently been published.

Introduced in 2016, the UK HPI comprises of all residential properties bought for market value within the UK.

However, there may be a delay before transactions sync into the index as sales will only show up in the HPI after they have been registered. It is, therefore, important to bear this in mind when looking at the most recent periods of price changes – these may be amended.

In the UK, there has been a 4.1% growth in average house prices during the year to March 2017 – this is a rise from 5.6% in the year to February 2017. In regards to yearly growth rate, these figures indicate that the slowdown has been ongoing since mid-2016.

The rise in UK house prices, on the whole, was largely driven by the growth in English house prices. During the year to March 2017, house prices rose by 4.4%, with the current average at £233,000.

Average house prices in Northern Ireland are now at £124,000 having risen by 4.3% over the past year.

With both increasing by 6.7% in the year to March 2017, the East of England and the East Midlands were the regions which showed the highest annual growth. At 6.5%, the West Midlands had the second highest growth. The North East and London had the lowest levels of annual growth, with house prices falling by 0.4% and 1.5% respectively.

The Orkney Islands was the local authority with the highest annual growth during the year to March 2017. Currently, prices stand at £144,000, having risen by 15.3%.

In some local authorities such as the Orkney Islands, small numbers of sales transactions can cause volatility in the series. Although this is acknowledged and efforts are made to account for this, local level price changes can be affected by the number of homes sold as well as the property type.

The most expensive borough to live in during March was Kensington and Chelsea, with the average property priced at £1.4 million. The cheapest place to purchase from, in contrast, was Burnley, with average house prices recorded at £75,000.

Commenting on the figures was Doug Crawford. The CEO of My Home Move stated:

“The ONS House Price Index for March shows that the general slowdown in the annual house price growth is rumbling into 2017. From a healthy annual pace of 5.6% in the year to February, it has slowed to a more moderate year-on-year increase of 4.1% in March. The let-up in pace will be welcome news to the UK’s housing ladder hopefuls as annual growth rates above 5% have been taking house prices further out of reach.

“The upcoming general election is likely leading to a sluggish first half for the housing market, but if the pattern follows the 2015 election, the market will bounce back sharply as the UK shakes off its general election jitters. Our recent research found that 57% of aspiring first-time buyers remain ‘hopeful and confident’ about their chances of getting on the property ladder, and current market conditions form a good springboard for a positive year for the sector.”