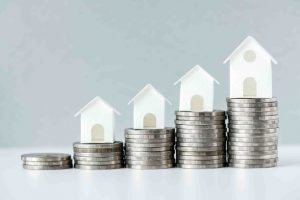 By the end of 2018, property sales for the rich and affluent increased by 1% to 14,638 property transactions exceeding £1 million. This represents a significant deceleration from the 5% growth in 2017 and the overall  decade-long increase of 74%.

However, the evidence suggests expensive homes are starting to struggle in the current climate. The 2,501 transactions concerning properties priced over £2 million fell by 1.1% from 2017’s total of 2,530.

As 79% of property transaction valued over £1 million take place in London and the South East of England, it is unsurprising that expensive property has struggled in this area more than most.

The 103 property sales made in Yorkshire and Humber also equates to a transaction fall of 23% when compared to the figures from 2017.

Whilst the South of England struggled, some areas of the country found a more buoyant market in 2018. Property transactions valued over £1 million increased by 39% in the East Midlands, rising to 100 last year.

“The high-value property boom the country has experienced over the last decade has decelerated in the past 12 months, which is in line with expectations.

“However, while growth across London and the South East has slowed, there are still a number of property hotspots across the country that would create some value for investors, particularly in the East Midlands.”

Have conveyancers noticed fewer expensive properties being sold over the past year? Will the decade long trend of sustained growth continue following a clear Brexit outcome?