Housing Stock Falls By 2% In February 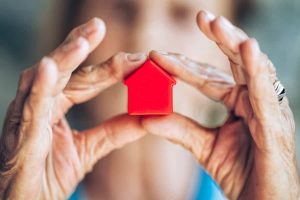 Supply of new available housing stock entering the market fell by 2 per cent in February.

Having recovered from Brexit and political uncertainty, the rapidly developing situation with the coronavirus outbreak is starting to deter buyers from entering the market, according to property website Home.co.uk.

In the near-term, the RICS ‘UK Residential Market Survey’ for February suggested that buyer enquiries, agreed sales and fresh listings all increased in the survey month.

However, concerns over the impact of coronavirus have cast fresh doubts over the longer-term future of the sector with optimism in the next three months falling from +30 per cent of respondents in January to +22 per cent in February.

“For the time being, Brexit hysteria has been replaced by coronavirus hysteria but the British property market marches on stoically nonetheless.”

“Buyers returned to the market in their droves in the New Year and this activity has clearly translated through to higher house prices across the country between March and May, but now we are facing another potentially prolonged period of uncertainty due to the deepening coronavirus crisis.

“The current situation is unprecedented but we know from past events such as the global financial crisis in 2008 that when people were worried about their jobs and their pensions, they tend to withdraw from making big financial decisions and avoid taking on new debt.

“It’s too early to say the extent to which the property market will be affected, and the Bank of England’s emergency 0.5% interest rate cut should help mitigate the impact, but consumer confidence is fragile and I expect we will see a proportion of deals collapsing and a short-term drop in prices by late spring or early summer.”