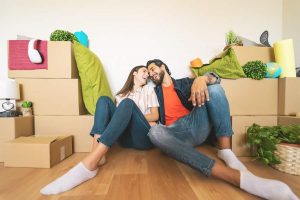 An estate agency membership body has predicted the housing market could stabilise in the coming months, following the surge in activity generated by the SDLT holiday.

NAEA Propertymark has released its July Housing Report in which it identifies a slight increase in supply of properties coming to market, and a reduction in the number of properties being sold for more than the asking price.

The figures show the continued impact of the end of the first phase of the tapering of the SLDT holiday as most metrics recover from the June hysteria.

While the number of properties per branch continues to run at record low levels, supply in July has jumped; from 23 per branch in June, to 28 per branch in July. The average number of house hunters registered per estate agent branch stood at 428 in July, the same as July 2020. July represents a marginal increase from 426 in June and means that there is an average of 15 buyers for every available property on the market.

The reintroduction of 95% mortgages and greater lending flexibility is having a positive impact on the first time buying market as June saw 27% of sales to FTB’s, with July running slightly lower at 20%.

“This month’s slight rebalance of the market is welcome news and a much-needed step in the right direction, with supply of property beginning to increase and the number of homes selling for over the asking price starting to even out. Now that the stamp duty holiday is close to it’s final phased out end, we expect this trend to continue in the coming months as people and spending habits return to normality post Covid.”