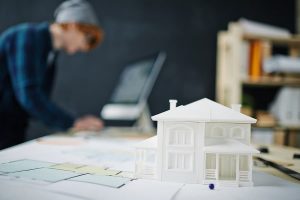 The Government has announced an additional £300 million in funding for the Housing Growth Partnership (HGP) which aims to build 10,000 new homes by 2025.

Formed in 2016, HGP announced yesterday that a new £300 million equity funding programme provided by Homes England and Lloyds Banking Group would help to bridge the homebuilder funding gap and support the Government in it’s pledge to resolve the housing crisis in the UK.

Dubbed “HGP II”, the new fund builds on the success of the first HGP initiative and will support a wider range of housing tenures to meet the UK’s diverse and growing housing demands. The scheme aims to support the development of 10,000 new homes by 2025.

The fund, provided via a split of £180 million from Lloyds Banking Group and £120 million from Homes England, will enable SME and regional developers to build more homes across the UK and grow their businesses.

Developers building between 5 and 500 units per year will be eligible for support and the new fund will enable investment into larger development projects than it has done previously, up to the value of £75 million.

It will offer support for the delivery of a wider range of housing projects including Build to Rent, Regeneration and Retirement Living. The partnership will also look to prioritise projects with a greater sustainability focus, as well as those using modern methods of construction and other evolutionary construction methods.

“A thriving SME sector is crucial to our house building targets and ambitions. This significant amount of funding will help smaller and regional housebuilders by providing them with the financial support necessary to deliver much needed new homes.”

“It is a top priority of this Government to increase housing supply so hard-working people can be helped into home ownership”, he added.

Through the scheme HGP will also develop it’s Regional Growth Initiative by committing a higher level of dedicated equity support to regional developers over a defined period, to allow them to invest in their businesses and target larger and more strategic sites.The first five regional partnerships are already in place across four different regions of the UK with Genesis Homes, Durkan Homes, Stonewood Partnerships, Briar Homes and Cruden Homes.

Since its launch, the Housing Growth Partnership has invested alongside 46 housebuilders to support the delivery of over 4,568 new homes, with nearly half now completed and sold to families across the UK.

“The Housing Growth Partnership has already proved to be a huge public-private sector success and we’re now pleased to expand the fund to offer SMEs further support. By injecting this additional investment and harnessing Lloyds Banking Group’s commercial skills we are able to diversify the market, support increasing numbers of builders and provide the homes the country needs.”