Should The Housing Crisis Be A Conference Season Priority? 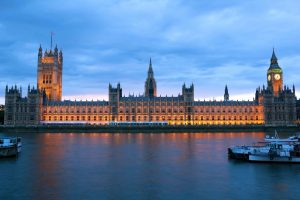 Party conference season is in full swing and with an impending general election on the horizon before the end of 2019, it is surprising that housing policy and solutions for the widening housing crisis have not played a greater role in shaping the politicking on the various agendas.

The housing sector has been a fairly mute point so far in the Labour Party’s conference, but the Conservatives seem to be putting their housing ministers to work next week.

The Conservative Party conference, set to erupt in Manchester next week, seem to be placing housing policy higher on the agenda with a raft of housing ministers and secretaries taking the stage.

Esther McVey will answer questions from the audience in a panel discussion on the Monday morning. The ‘Spreading Opportunity Across the Country’ panel is likely to be heavily weighted with questions on housing agenda and the Government’s efforts on meeting the self-imposed targets of building 300,000 new homes per year by the middle of the next decade.

In stark contrast the Labour Party has underwhelmed with their agenda forecasts for the property sector. Overall, very little has been said concerning the housing sector, despite some strong and controversial comments being made by the Opposition in recent months.

During the Leader’s speech, Jeremy Corbyn promised that “Labour will stand up for tenants… (by implementing) the largest council house building programme in a generation.” However, this initiative seems to be at the expense of private developments.

In the Shadow Chancellor’s speech earlier this week, John McDonell’s only reference to the housing sector was to commit to building a minimum of 1 million new homes by the end of Labour’s first term, half a million homes shy of the Conservative Party’s target to build 300,000 homes per year.

Earlier this month, Shadow Chancellor, John McDonell, released plans to resurrect the ‘burgeoning buy-to-let market’ by updating the Right to Buy system. It now seems that this controversial policy idea may be off the table with the policy omission speaking volumes.

Prior to the Labour Party conference, The Shadow Chancellor claimed that if labour was elected, they would update legislation allowing tenants to purchase their home for a ‘reasonable price’.

However, many organisations defending landlords warned that the ambiguity of the wording around what would constitute a fair price, intertwined with the compulsory purchase model, would break the buy-to-let sector and encourage the majority of landlords to leave.

This could have a devastating impact on tenants unable to buy their property and would lead to greater increases in rent as demand outstrips the supply.

With the Chancellor, Sajid Javid, giving a speech towards the end of the Conservative conference, there is every possibility an announcement could be made on potential housing policies and the suspected reformation of Stamp Duty Land Tax, giving the Tory Government an upper hand on housing policy transparency.

Is there enough consideration of housing reform and the housing crisis in the Party conferences?