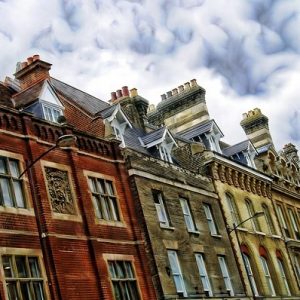 The housing affordability ratio in England and Wales has more than doubled between 1997 and 2016.

Published in a statistical bulletin from the Office for National Statistics, housing affordability from 1997 to 2016 has been examined by bringing together annual earnings and house price data.

Affordability of housing is calculated by taking prices from the House Price Statistics for Small Areas. This refers directly to the median and lower quartile prices paid for residential properties in England and Wales, put together by the ONS. These are based on open data from Land Registry.

Annual earnings data is from the Annual Survey of House and Earnings, which similarly relates to the median and lower quartile gross yearly earning for employees working full-time.

On average, house prices in England and Wales were around 3.6 times the average workers’ yearly earnings in 1997, whereas, in 2016 the amount spent grew to around 7.6 times annual earnings.

Every year since 1997, Wales has had a lower affordability ratio than England, meaning that in relation to workplace-based earnings, housing in England is less affordable. This gap was at its widest point in 2016 and its smallest in 1997.

Although the affordability of housing has grown worse over time, the ratios themselves do not indicate which set of data this has been caused by. Since 1997,  the median price paid for a residential property in England and Wales has increased more than the median annual salary. The most likely cause of this is the greater house price growth between 1997 and 2008 (192%) than between 2009 and 2016 (30%).

For residential property in England and Wales, the median price paid has risen by 259% since 1997. Median annual earnings on the other hand increased by just 68%. Over time, this has led to housing becoming less affordable.

The least affordable area to buy property last year was Chelsea and Kensington. With house prices reaching 38.5 times the median gross yearly earnings, this area had the highest ratio of house prices to annual earnings. This can be compared to 1997 when house prices were 11.8 times earnings.

Located in Cumbria, Copeland was the most affordable local authority district to purchase property last year. House prices were an average 2.8 times the median gross yearly earnings. Although the growth has been more subdued than that of the less affordable areas, it has still increased since 1997 – up from an average of 1.96 times earnings.

Despite being the most affordable local authority within England and Wales, this does not mean that house prices or annual earnings in Copeland are the highest. Instead, the ratio simply demonstrates that the authority has the highest earnings in relation to house prices.

For the 338 English and Welsh authorities that have data available, all have seen an increase in the affordability ratio between 1997 and 2016, indicating that housing affordability has gotten worse over time.

However, the rate at which this has occurred has not been the same across all authorities. With an affordability ratio of 1.9, Merthyr Tydfil was England and Wales’ most affordable local authority in 1997. This had changed by 2016 however, with the affordability ratio rising to 3.8. Instead of coming top, it fell to fourth place, just behind Copeland, Neath Port Talbot and Blaenau Gwent. Excluding the Isle of Scilly, Kensington and Chelsea remained the least affordable local authority for the entire period.

Seven out of the 10 least affordable local authorities last year were located in London. This has grown from 1999, where the figure was five out 10.

Where growth in affordability ratio from 1999 to 2016 is concerned, nine out of 10 authorities with the highest growth were located in London. This means that in 1996, someone working in Camden would have expected to pay 7.7 times their annual earnings to purchase a property. Last year, however, they would have been more likely to pay 19.6 times their earnings.

2016 saw 97 local authorities become more affordable, representing around 28% of all English and Welsh local authorities. By looking at the percentage change in house prices as well as earnings across these local authorities, the data indicates that 93 had a greater change in the percentage of earnings compared to house prices. Therefore, it seems that earnings are the main driver in housing affordability improvement. It is, however, important to acknowledge the yearly change to earnings in these areas; statistically speaking they were not necessarily significant. Therefore, it may be possible that these improvements were due to chance as opposed to an underlying trend.