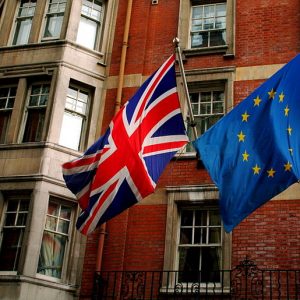 Accountancy firm KPMG have forecast a flat 2016 with a subsequent fall of 5% in 2017 for house prices outside London.

Harpal Singh of Broker Conveyancing attempted to put a brave face on the situation.

Singh said: “The main fear now is fear itself. If people believe the negative forecasts then we will realise their fears – that house transactions will fall through, new purchases will slow down and property prices will come down.

“We need to fight the fear. 15,000 mortgage advisers should tell their clients that it’s business as usual and make sure they engage with their client base to provide them with all the advice and information they need.”

Richard Donnell, director of research at Hometrack, warned sales volumes may drop by as much as 20%.

He said: “Last year, investment buyers made up one in five purchasers, and we are already going to see fewer of them.

“People who are buying for discretionary reasons may not be in the market for the next three to six months so the only people buying will be those doing so for financial and family reasons.”

Jeremy Leaf, a London estate agent, and former chairman of the Royal Institution of Chartered Surveyors, said that concerns about job security might cause buyers to think twice about their purchase

He said: “Hopefully people will keep to what they wanted before the vote, but inevitably some will feel nervous – not least for their jobs.

“If they feel their jobs are under threat then they might look at their own circumstances and reconsider a big move like a property purchase.”

Paul Philip, SRA Chief Executive, said: “We, like everyone else, will be looking at the implications of the Brexit vote in general and for the legal market in particular. Any transition will take time and it would be premature to draw any further conclusions at this point.

“There are of course European lawyers working in firms that we regulate throughout England and Wales who may have questions about their current role or an application to practice. As it stands there is no impact on your ability to practice or apply. We will keep you updated if this position changes in the future.”