House Prices Set To Drop As We Enter A New Decade 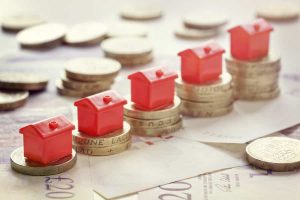 A House Price Forecast released this week reveals a fall in house prices in England and Wales as we enter 2020.

According to Reallymoving House Price Forecast December 2019, house prices are set to fall by 2.1%, which is 1.4% when seasonally adjusted, over the next three month period (December 2019 to February 2020).

However, annual growth will remain positive even though we have a General Election today (12th December) and the UK is set to leave the EU at the end of January 2020.

As homebuyers register for quotes for home move services on the site typically twelve weeks before their purchase completes, reallymoving is able to provide an accurate three-month property price forecast based on the purchase price agreed.

Reallymoving’s data is derived from sales agreed in September, October and November 2019, which are on course to complete over the next three months.

Looking at monthly price changes, average prices in England and Wales are set to fall by 1.1% in the festive month of December, while January has no change and will remain stable, but February 2020 is set to fall again by 1.1%. Price declines in February are not unusual and despite political uncertainty the housing market is continuing on its usual seasonal path.

HMRC transaction October 2019 data shows a 4.3% monthly increase and 4.3% annual increase in property transactions, which is largely due to very low borrowing costs and a robust jobs market – which is encouraging buyers and sellers to agree on deals.

Apart from a fairly poor performance in Autumn 2018, where it saw prices fall by -4% between the end of the summer and the end of the year (August to December 2018), year on year house prices continue to be strong.

Only two regions in the UK are projected to deliver average price rises during the three months to February 2020, namely the East (3.1%) and the North East (0.3%). Whereas the rest of the UK will experience a decline at the start of 2020.

As the housing market most impacted by Brexit, unsurprisingly, London is forecast to see prices fall by 3% over the next three months. However, buyer activity could very well pick up if Brexit is resolved in the near future.

“Buyers have driven hard bargains on deals agreed during the autumn, as would be expected in the run up to Christmas and considering the wider political circumstances.

“But the market has shown resilience and stability throughout 2019 and as fears of a crash have faded, buyers have adjusted to the ongoing uncertainty and proven themselves keen to get deals done. Encouraged by cheap loans and favourable buying conditions, first time buyers are a strong force in the market, accounting for 54% of all purchases.

“Transaction volumes remain down by around 12 – 15% currently, but If the Conservatives win the General Election as the polls suggest and manage to secure the UK’s withdrawal from the EU at the end of January, a rise in demand from these buyers could prompt a rapid bounce in prices as the uncertainty surrounding Brexit is resolved.”

As a conveyancer, what is your opinion of the UK house price forecast? How do you think the wider political uncertainty will impact on the sector?