House Growth in England and Wales At Five Year Low 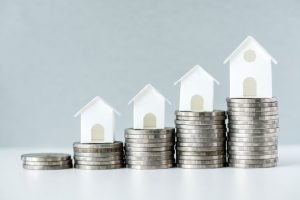 It has been difficult to look at housing news over the past two months without reading about reducing prices and dwindling demand. Keeping with tradition, the most recent Your Move index corroborates the negative sentiments regarding the current housing market.

The average price for England and Wales remains over £300,000 at £302,626 and has increased by £3,000 in the last month, but the housing market is struggling with many areas encountering substantial decreases in property prices.

The report has indicated a clear weakness in sales for the month of September. The 72,500 completed transactions show a 16% downturn from the already declining figures of August.

Overall, the national picture also highlights a potentially stagnant market with annual growth of only 0.9%, a figure that has not been this low since the first half of 2012. Month on month, house prices fell by 0.1%.

Like so many housing indexes, there is huge regional disparity at present with some areas presenting negative annual growth. The South East has been particularly affected by a potential affordability breaking point as they reported that properties are now worth 0.1% less than this time last year and 0.3% less than a month ago.

More areas fared slightly more favourably, however many have still faced severe monthly decreases in property prices. In the last month, prices fell by 0.7% in the North East, halting the temporary buoyancy and rise the area was enjoying. The East of England decreased by an average of 0.4%, 0.2% in the South West and 0.1% in the East Midlands.

Simon Bath, Chief Executive Officer of When You Move, said: The divide is clear, and its causal factors are intertwined between purchase attitudes in the South reflecting reticence as a result of Brexit, converse confidence in the regions, and of course – overall momentum in the market nationally. For example, if we see more people migrating from the UK to other European countries, or we see more people from non-EU countries migrating to the UK, this is bound to have an effect on the UK property market in 2019.

As we enter an uncertain post-Brexit world, political instability and continued uncertainty has destabilised a property market that was enjoying healthy growth.

What does this mean for conveyancers? Do you envision a sustained property market downturn?