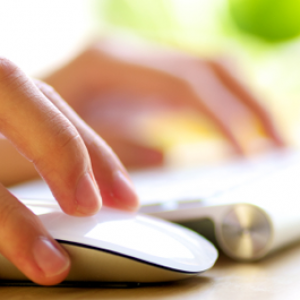 The number of house builds started in Q4 of 2015 was 23% higher than in 2014 according to new figures released by the Department for Communities and Local Government (DCLG).

Communities Secretary Greg Clark said: “Aspiring home owners should get the help they need to turn their dream into a reality – key to that is building the homes our country needs.

“Today’s figures show how our reforms to the planning system are delivering the permissions needed and schemes like Help to Buy have given builders the confidence to invest and build, with starts and completions now at their highest since 2008.

“But we’re determined to do even more, and fulfil our ambition to deliver 1 million new homes by 2021.”

Housing Minister Brandon Lewis had previously pledged that those 1 million new homes would be built by 2020, a year earlier than Greg Clark is now promising. George Osborne had also previously promised an additional 400,000 homes on top of the 250,000 target required to meet current demand.

Each new build property has typically required 1.5 full time equivalent workers to build each year. Currently around 51% of the UK’s bricklayers are working on housing as opposed to any other infrastructure or construction projects. However recent research into the workforce by Arcadis revealed that in order to build those 250,000, housing would require the attention of 106% of the UK’s bricklayers.

Worse still, the research also revealed that the industry’s workforce needs to recruit 700,000 new entrants just to fill the shoes of those retiring, with around 224,000 more needed to fulfil that rising demand. But in 2013 the industry as a whole managed to attract just 20,000, just 5% of what is needed to meet that target.

Despite the rise, seasonally adjusted statistics for the number of starts are still 24% below their 2009 Q1 peak.

As well as covering the number of house builds started, the Home Builders Federation also revealed that planning permissions are up 12% on the same quarter last year. Completions by private house builders are up 20% with completions by housing associations up 27%.

Brandon Lewis MP said: “Our planning reforms are helping to get spades in the ground with a quarter of a million planning permissions granted up to September last year – higher than the pre-recession peak in 2007.

“And we want to go even further. That is why just last week we set out ambitious proposals that will speed up the planning process, including offering dedicated fast-track application services.”

Andrew Bridges, managing director of Stirling Ackroyd said: “New homes may be accelerating – but only from a snail’s pace. Any snail-speed improvement won’t be enough to shift along the UK economy, or make a serious difference for young people scouring the market for a home.

“London is the rest of England on fast forward, the razor edge in so many ways – but also a warning. And entire generations of Londoners are being let down when it comes to housing. The capital needs some urgency in tackling the housing crisis. But things are still crawling.

“The problem is planning. Promises on the one hand are pushed away by the other – refusing permission to build. It’s far too difficult to get planning approval for new homes in London – the capital’s running at a 22% housing deficit from 2015 even before the difficulties of actually building anything. This year’s mayoral candidates need to wake up and smell the house prices. Taking on the capital’s planning departments may be a daunting task, but it’s definitely a necessary one. London could show the rest of the country the solution as well as the dangers on the housing horizon.”