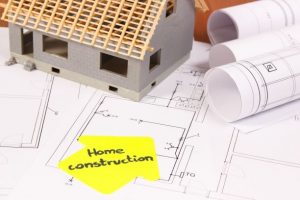 Four of the top ten worst performing shares belonged to house builders when the FTSE closed on Wednesday evening.

Barratt Development shares fell by 3.03% with Berkeley falling by 3.2%. The home builders suffering more than any others were Taylor Wimpey who witnessed 3.46% wiped from their share price and Persimmon who lost 4.03% of the value of their shares.

Additionally, following recent criticism involving leasehold properties, a report from property management experts PBM has found that 46% of respondents have been deterred from buying a new build property as they fear greedy developers and freeholders will charge hidden and unnecessary fees.

Developers and investors may be anxious by the reduction in first-time buyers entering the market at present considering the huge profits that are being accrued from the Help to Buy scheme.

At the start of this month, it was announced that Britain’s most influential house builders paid out more than £2.3 billion in dividends.

If the market shrinks as first-time buyers lose confidence in the price of property, house builders and investors may continue to worry that profits may depreciate until Brexit uncertainty becomes a lot clearer and confidence in property returns.

How significant are the reduction in these share prices? What will this shrinking market mean for the conveyancing sector?